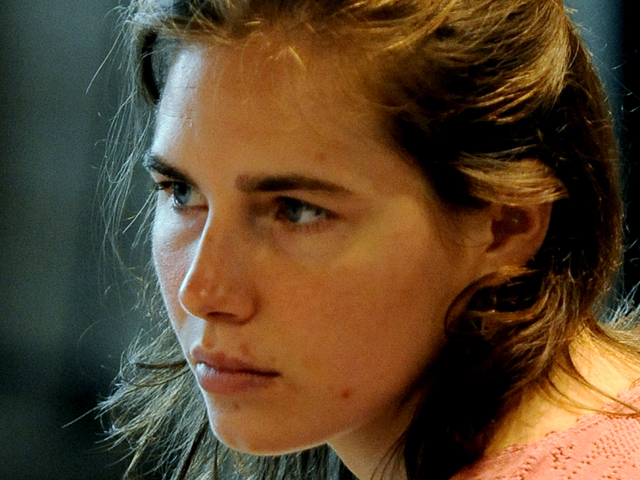 This has been a week of very good news for Amanda Knox and her family.

Knox, 24, of Seattle, is serving 26 years in an Italian prison for murder. But her family believes she is one step closer to freedom now that DNA experts say two crucial pieces of DNA evidence were mishandled.

However, this morning, prosecutors in Italy get a chance to poke holes in their testimony.

On "The Early Show," Nick Pisa, a correspondent for London's Daily Mail newspaper, reported the court proceedings were off to a slow start because the prosecutors in the defense were arguing over the best way how to take hold of the independent report that said much of the DNA evidence crucial to Knox's murder conviction is inadmissible.

Knox and her then-boyfriend Raffaele Sollecito and Rudy Guede, a 24-year-old Ivorian, were found guilty in the 2007 murder of British student Meredith Kercher.

However, after months of analysis, independent experts found the samples of Knox and Kercher's DNA on the alleged murder weapon were too small to be reliable, and that the way in which the forensic evidence was collected means that samples of Sollecito's DNA on the victim's bra clasp could have been contaminated. The court heard that the bra clasp had been left at the crime scene for six weeks before police bagged it with dirty gloves on.

Knox's team hoped that this would be a key turning point in the case.

Knox's attorney Carlo Dalla Vedova said, "We've always been optimistic because Amanda has always told us the truth, that the truth will be assessed in the trial and the justice will prevail."

Pisa added on "The Early Show" that if prosecutors fail to undermine that DNA evidence from those experts, it will raise hopes for Amanda Knox's family she will be freed on appeal when this case resumes in September after the summer recess.

But Amanda Knox's mother Edda Mellas is not celebrating just yet. When "The Early Show" asked Mellas if she's hopeful that her daughter's conviction could be overturned, Mellas responded, "I hope today everything remains clear there were huge mistakes made in the gathering of evidence and in the analyzing of evidence and that combined with the fact that there's no evidence of Amanda in that room will show everybody that she truly is innocent."

She continued, "I want to say it's done, but I can't do that because even in the first trial, when there was no evidence that was put out there that connected her to the crime, even in the first trial, the knife was dubious at best, it was the wrong size, all of those things, so we were really confident then with the fact that the prosecution had not even come close to proving their case and we were just devastated when they found her guilty, so that's the fear that holds us back from being totally confident now."

However, as the proceedings wear on, Mellas said the family is less stressed and becoming more hopeful, but warned, "It's not a done deal until Amanda walks out. She's still locked up there, (it's) still horrible for her, especially now when she can see an end. Sitting there and waiting, it's horrible."

Mellas added, "Obviously I hope that she's released as soon as possible. I hope that she's able to regain her life. I've hoped that she's able to at some point in time go back to being just truly this wonderful, loving, trusting, happy young woman. She's lost four years that she'll never get back. The perfect outcome is everybody realizes and it's clear to even the world, the wider world that Amanda and Raffaele are completely innocent and have been wrongly accused and convicted and finally this mistake is cleared up."