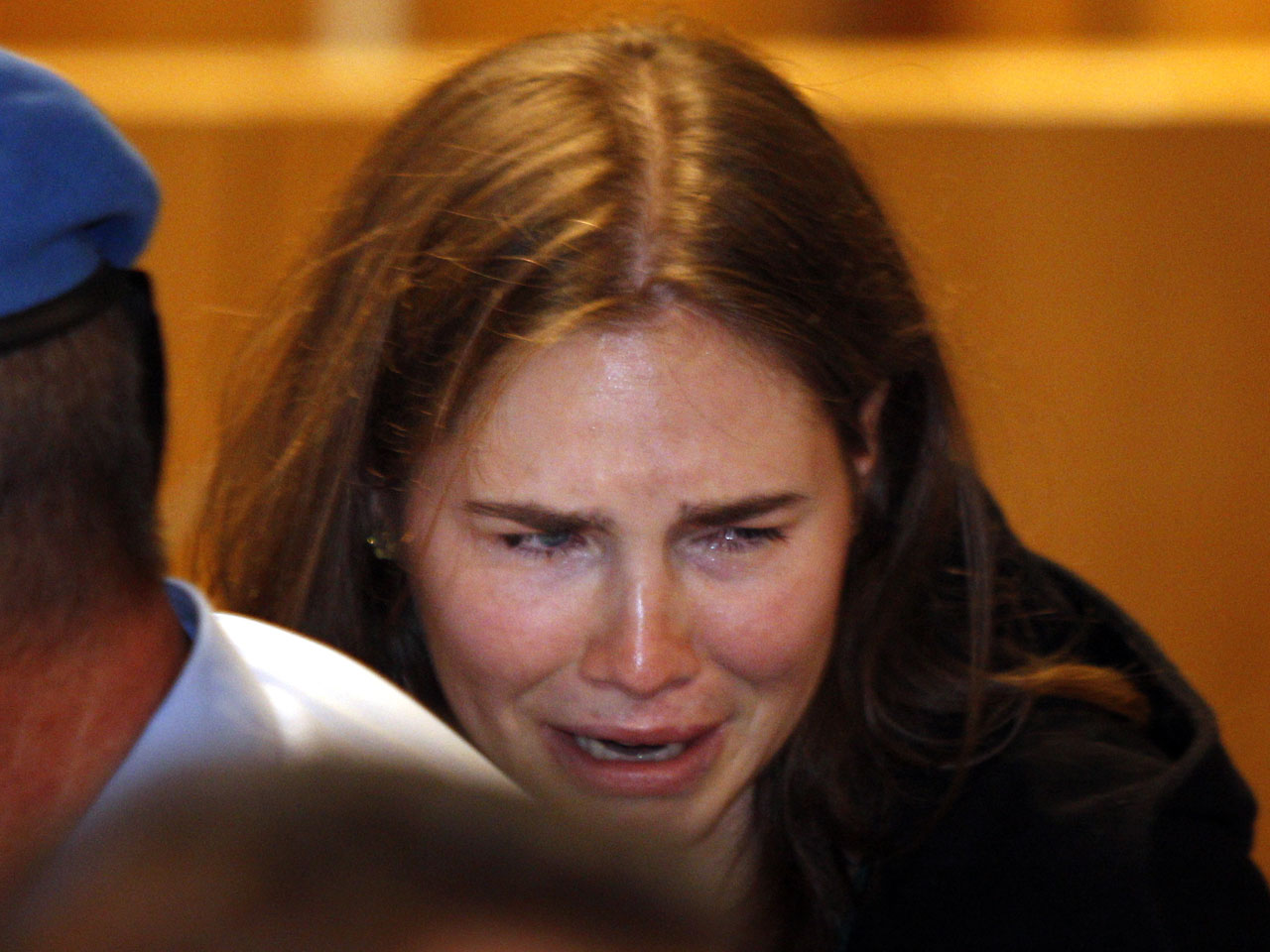 (CBS/AP) PERUGIA, Italy - An Italian appeals court has thrown out Amana Knox's murder conviction and ordered her free after nearly four years in prison for the death of her British roommate Meredith Kercher.

Knox collapsed in tears after the verdict overturning her 2009 conviction was read out. Her co-defendant, Italian Raffaele Sollecito, also was cleared of killing 21-year-old Kercher in 2007.

The Kercher family looked on grimly and a bit dazed as the verdict was read out by the judge after 11 hours of deliberations by the eight-member jury.

Outside the courthouse, some of the hundreds of spectators shouted "Shame, shame!"

While inside the courtroom, Knox's parents hugged their lawyers and cried with joy.

"We've been waiting for this for four years," said one of Sollecito's lawyers, Giulia Bongiorno.

The judge upheld Knox's conviction on a charge of slander for accusing bar owner Diya "Patrick" Lumumba of carrying out the killing. He set the sentence at three years, meaning for time served. Knox has been in prison since Nov. 6, 2007.

Prosecutors can appeal the acquittal to Italy's highest court. There was no word late Monday if they planned to do so.

Earlier Monday, a tearful Knox told the appeals court that accusations that she killed her British roommate are unfair and groundless.

"I've lost a friend in the worst, most brutal, most inexplicable way possible," Knox said of the murder of Kercher to the courtroom. "I'm paying with my life for things that I didn't do."

Meanwhile, Kercher's mother, sister and a brother traveled to Perugia for the verdict. They had expressed worry over the possibility of an acquittal but told reporters as deliberations were under way that they hoped the jury would do the right thing and not be influenced by the media's focus on the case.

"As long as they decide today based purely on the information available to them and they don't look into the media hype, I think justice will be found," the victim's sister, Stephanie Kercher, told reporters. She said the family was satisfied with the original verdicts.

She lamented that Meredith had been "most forgotten" in the media circus surrounding the case with news photos more frequently showing Knox and Sollecito than her sister.

The family, however, said it could understand the Knox family's media campaign.

"They fully believe in her innocence. You can't blame them for that," said Lyle Kercher, the victim's brother. "But it's obviously hard for us."

Lawyers for Knox and Sollecito believe Rudy Hermann Guede, who was convicted in Kercher's murder, was the sole killer, but the prosecution and a lawyer for the Kercher family say that bruises and a lack of defensive wounds on Kercher's body prove that there was more than one aggressor holding her into submission.