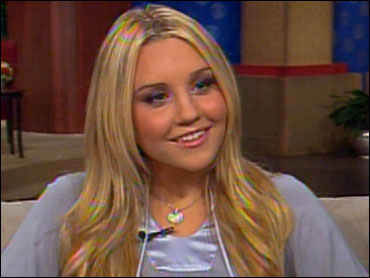 It's not "Snow White," it's "Sydney White." And it's not the seven dwarfs, it's the seven dorks. There isn't an evil queen, but an evil sorority princess in the updated remake of the classic fairytale.

The movie stars Amanda Bynes, who just had a hugely successful summer with her role in "Hairspray" and the launch of her clothing line, "Dear."

Bynes began her career at 10 years old on Nickelodeon's "All That" and then spent four seasons on the sitcom, "What I Like About You." Now she is tackling her first "college movie" as she plays Sydney White, a college freshman who wants to join her late mother's sorority.

The movie adheres closely to the original fairy tale. There is even a poisoned apple, but in computer form.

"I get an apple computer from my father and the evil witch poisons it by getting a hacker to ruin my college essay," Bynes told The Early Show co-anchor Hannah Storm. "So there's a bunch of different subtle hints to Snow White in the movie."

But there are also references to Bynes' personal life. Like her character Sydney, she is a huge comic book fan.

"I grew up loving Archie comics and I was obsessed and I collected them," she said. "I have like 400. I still have them. I, basically, when I was meeting to do this movie, said 'What if my character had a comic book, you know, obsession?' So they added it in and now my character is a comic book freak as well, so it kind of makes her relate to dorks."

Sydney goes to live with seven dorks and tries to bring them out of their shells. As pretty and successful as she is now, Bynes says she can relate.

"When I was 13, when all the girls were, you know, turning into women and looking cute, I felt very awkward," she said. "I went on Accutane, which actually really helped me. Six months while I was on it, my face was so red and it dries you out from within. So I felt really awkward and I never went to the movies with my friends because I felt so ugly. I felt, you know, like I was so -- I felt hideous. "

Now that she has come into her own, she understands that she is a role model, but doesn't want her fans to think she is infallible.

"I think that I really believe that you don't have to be perfect in order to, you know, be an actress or be whatever you want to be," she said. "Also, I really feel like if you put your mind to something you can achieve it, you know?"

But Bynes had been able to stay out the glaring eye of the paparazzi and avoid the pitfalls that have befallen her contemporaries like Lindsay Lohan and Britney Spears.

"I feel all those other girls are so talented and I'm just lucky to be doing what I'm doing and I'm definitely not perfect but -- I don't know, I guess I have strict parents who I, you know, don't want to disappoint and I look up to them, and other than that I'm really not perfect," she said. "I'm not that cool." 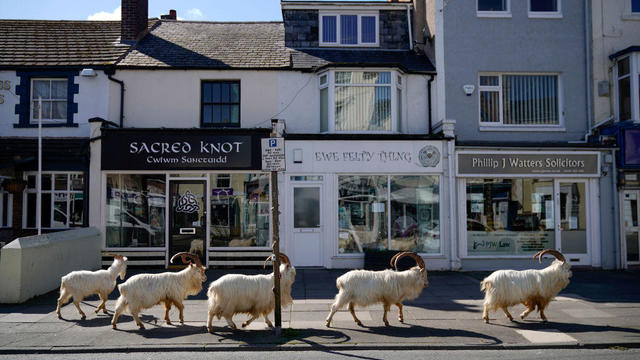 Goats take over streets of town as residents stay inside

The goats have been spotted in the town center, in front of churches and even nibbling on hedges in people's front lawns. 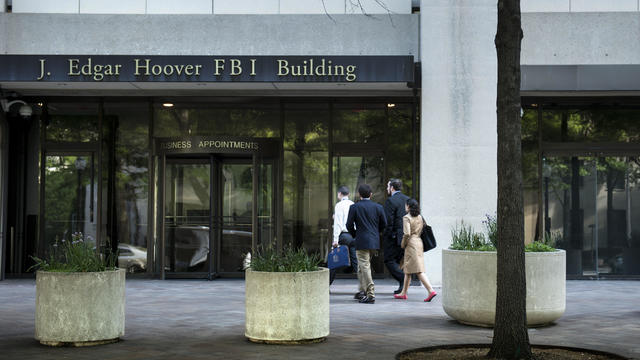