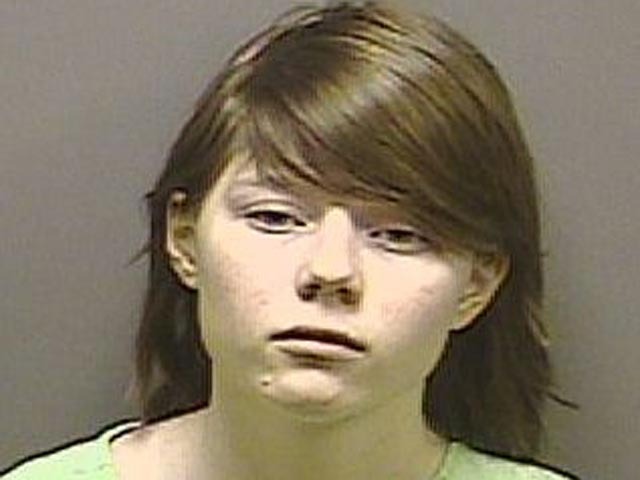 (CBS/AP) JEFFERSON CITY, Mo. - Missouri teenager Alyssa Bustamante, who admitted stabbing, strangling and slitting the throat of a young neighbor girl, wrote in her journal on the night of the killing that it was an "ahmazing" and "pretty enjoyable" experience -- then headed to church.

Bustamante's words were read aloud in court Monday as part of a sentencing hearing to determine whether she should get life in prison or something less for the October 2009 murder of her neighbor, 9-year-old Elizabeth Olten, in a small town west of Jefferson City.

Law enforcement officers, attorneys and forensics experts read aloud the journal entries written by Bustamante when she was a 15-year-old high school sophomore.

The now 18-year-old wrote on the night of Elizabeth's murder:

"I just f------ killed someone. I strangled them and slit their throat and stabbed them now they're dead. I don't know how to feel atm. It was ahmazing. As soon as you get over the "ohmygawd I can't do this" feeling, it's pretty enjoyable. I'm kinda nervous and shaky though right now. Kay, I gotta go to church now...lol."

Bustamante pleaded guilty to second-degree murder and armed criminal action last month and faces at most a sentence of life in prison with a chance for parole. The least she could get is 10 years.

Defense attorneys Monday highlighted Bustamante's troubled childhood as part of their argument about why she should receive leniency. They referred to numerous references in her journal in the two months before the murder, describing her suicidal feelings and the urge to hurt herself and others.

At one point Bustamante had written that she intended to burn down a house and kill all the occupants, but she never followed through with that. On Oct. 14, one week before Elizabeth's slaying, Bustamante had written that she was unable to use her cell phone because the charger had died, which meant she couldn't talk to anyone about the depression and rage she was feeling.

"If I don't talk about it, I bottle it up, and when I explode someone's going to die," she wrote in a journal that was read to the court by her defense attorney, Charlie Moreland.