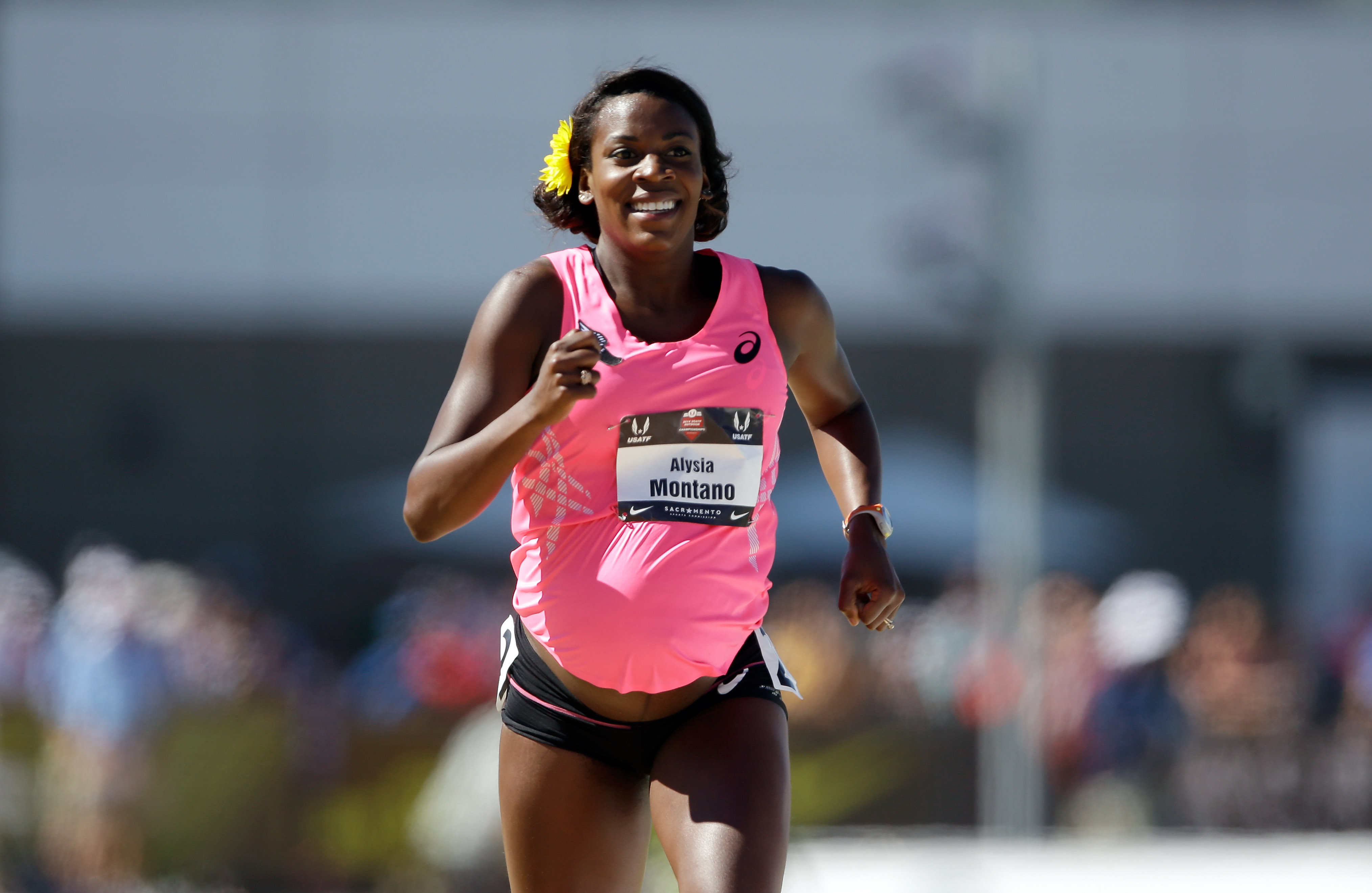 Alysia Montano ran the 800 meters Thursday in Sacramento to show women they can juggle a career and family.

The five-time national champion and former Olympian, who is also dubbed "The Flying Flower," finished in 2 minutes, 32.13 seconds -- nearly 35 seconds slower than her personal best of 1:57.34 in 2010.

Despite the 28-year-old UC Berkeley star finishing last in her heat, the crowd cheered for her as she crossed the finish line.

"I know there is a lot of stigma and really, the word is ignorance, behind pregnant women and exercising. And the truth is, it's good for the mom and the baby," Montano told CBS2's Rachel Kim via Skype after the race.

Dr. Francis Chang, an OBGYN at Good Samaritan Hospital, believes it is safe for Montano to compete because her body is used to it. However, that is not the case with all pregnant women.

"We tell them that whatever level of exercise they're used to, that they can continue exercising at that level," he said. "The only thing I worry about if its direct trauma to the belly or any falling."

Montano said her and her husband planned their pregnancy during an off-year so she can compete in the World Championships and the 2016 Olympics in Rio.

"All the beautiful endorphins and emotions that are kind of coursing through me, I got to share that with my budding baby," Montano added.

She told CBS2 that she and her husband planned the pregnancy on an off year so she could go on and compete in the World Championships and then the Olympics.