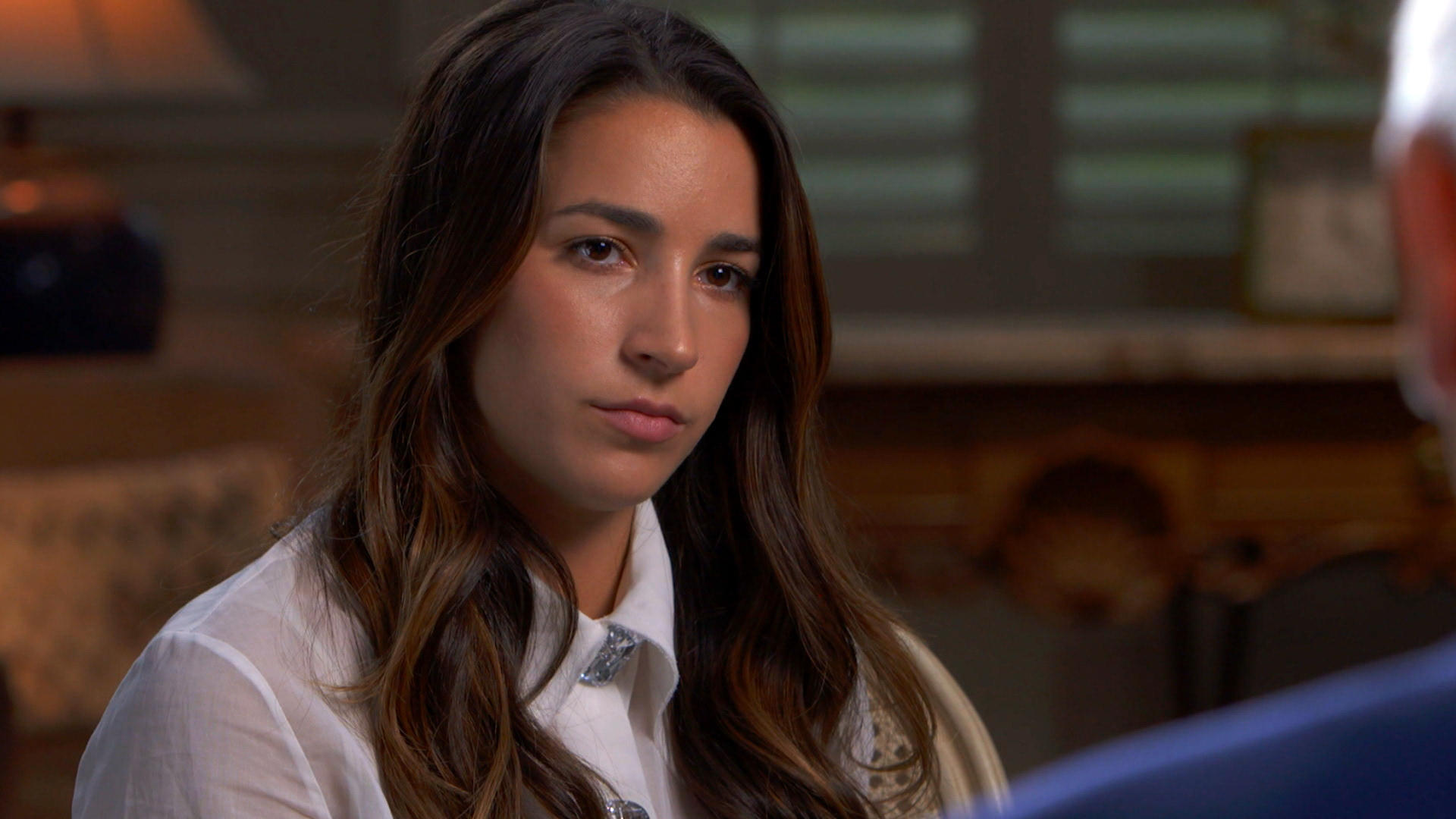 One of America's biggest Olympic stars has come forward to accuse the former U.S. women's gymnastics team doctor of sexual abuse. Aly Raisman, who won six medals, three of them gold, for the U.S. at the last two Olympic Summer Games, says she was sexually abused by Dr. Larry Nassar. Raisman tells her story to Dr. Jon LaPook for a 60 Minutes report to be broadcast Sunday, Nov. 12 at 7:00 p.m. ET/PT.

Raisman, 23, says she was first treated by Dr. Nassar when she was 15. She talks about her experiences in a new book called "Fierce." It's the story of a girl who dreamed of going to the Olympics, and how she realized her goal, but it also includes new insights into a scandal that goes to the highest level of Raisman's sport.

Dr. Nassar, who worked with the U.S. women's national gymnastics teams for more than two decades, is now in jail. He pleaded guilty to child pornography charges but not guilty to charges of sexual assault. More than 130 women, many of them former athletes, have filed civil lawsuits alleging that Nassar sexually abused them under the guise of treating them for hip, back, and other athletic injuries. Raisman tells 60 Minutes that after the Rio Olympics she spoke to FBI investigators about Dr. Nassar.

"What did USA Gymnastics do, and Larry Nassar do, to manipulate these girls so much that they are so afraid to speak up?"

Aly Raisman is the most prominent athlete to come forward so far about Nassar. She is calling for major changes at USA Gymnastics, the national governing body for her sport.

Raisman says a lot of people have asked her why Nassar's accusers didn't speak up sooner.

RAISMAN: Why are we looking at why didn't the girls speak up? Why not look at what about the culture? What did USA Gymnastics do, and Larry Nassar do, to manipulate these girls so much that they are so afraid to speak up?

RAISMAN: I am angry. I'm really upset because it's been-- I care a lot you know, when I see these young girls that come up to me, and they ask for pictures or autographs, whatever it is, I just-- I can't-- every time I look at them, every time I see them smiling, I just think-- I just want to create change so that they never, ever have to go through this.

In a statement to 60 Minutes, USA Gymnastics said it has made major changes since the Nassar scandal broke. The organization says it recently adopted a new "safe sport policy" that requires "mandatory reporting" of suspicions of sexual abuse and also sets standards to "prevent inappropriate interaction" between athletes and adults.  "USA Gymnastics is very sorry that any athlete has been harmed…" the statement says, "…we want to work with Aly and all interested athletes to keep athletes safe."