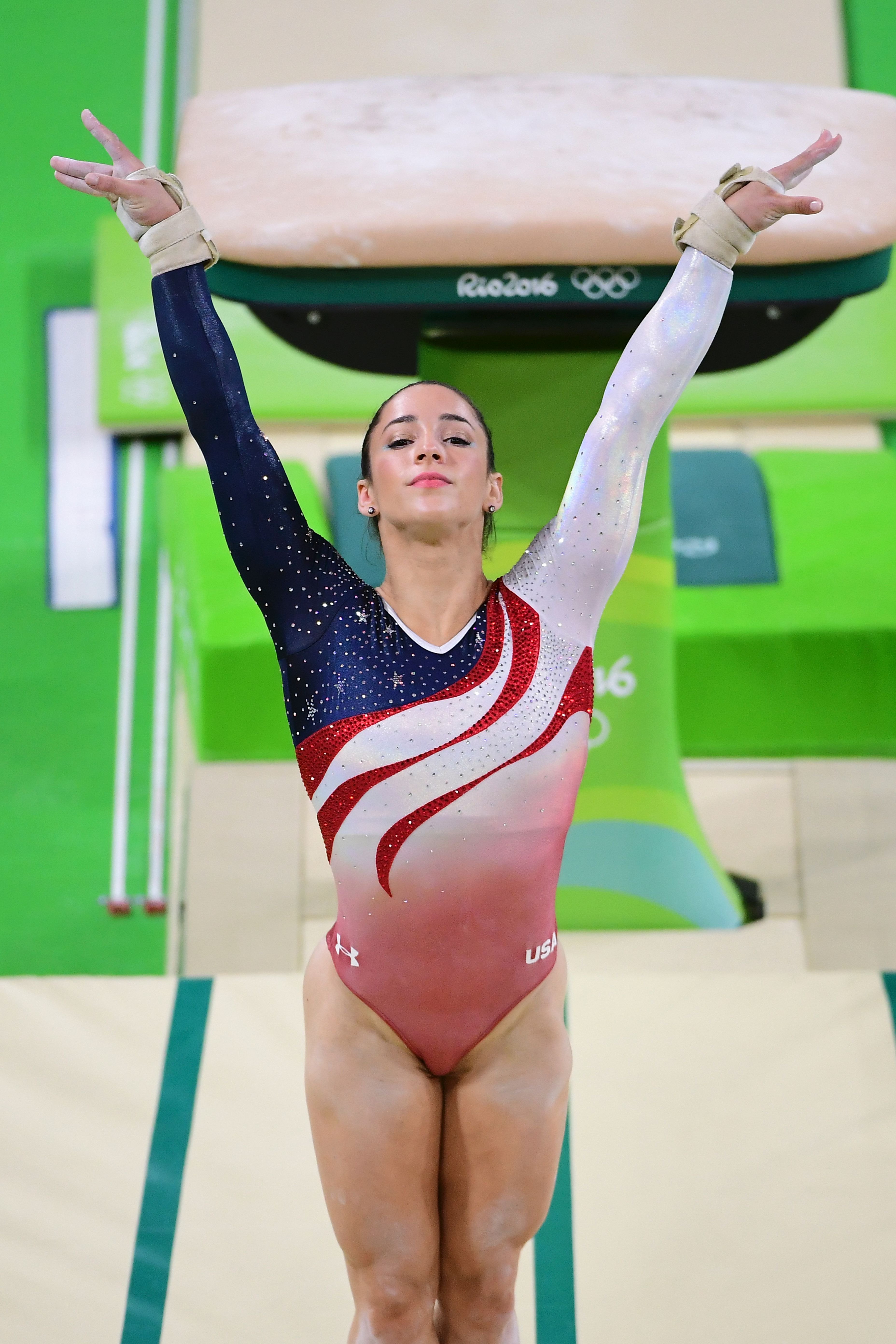 After adding a gold medal and two silvers to her already impressive collection of Olympic hardware at this year’s Rio Olympics, U.S. gymnast Aly Raisman has also made a love connection.

The 22-year-old superstar received a heartfelt romantic invitation from Oakland Raiders tight end Colton Underwood while shooting a video for Yahoo Sports about her dating requirements and potential love interests.

The 24-year-old NFL pro, who sent in a video asking Raisman out on a date the next time she happen to be in San Jose, California, was reportedly encouraged by Olympic gymnast Shawn Johnson, who’s married to Underwood’s teammate, Andrew East.

“Just want to congratulate you on all your success in the competitions and representing the U.S.A. over there. I know I’ve been following along. My roommates, my teammates, everybody here is super proud of you,” Underwood said in the video, decked out in his Raiders gear. “If you’re ever in San Jose and want to go on a double date with me and Andrew and Shawn, let me know.”

A smiling Raisman admitted that she knew who Underwood was, explaining that Johnson, “told me about him before.” The Olympian said she thinks he’s “very cute” and said that she would, indeed, go on a date with him.

After dominating at the Summer Games, the U.S. women’s gymnastics team finally took some well-deserved relaxation time. The Final Five hit the beach in Rio de Janeiro, Brazil and documented their vacay on Instagram. Check out the video below to see how gold medalists kick back after owning the Olympics.