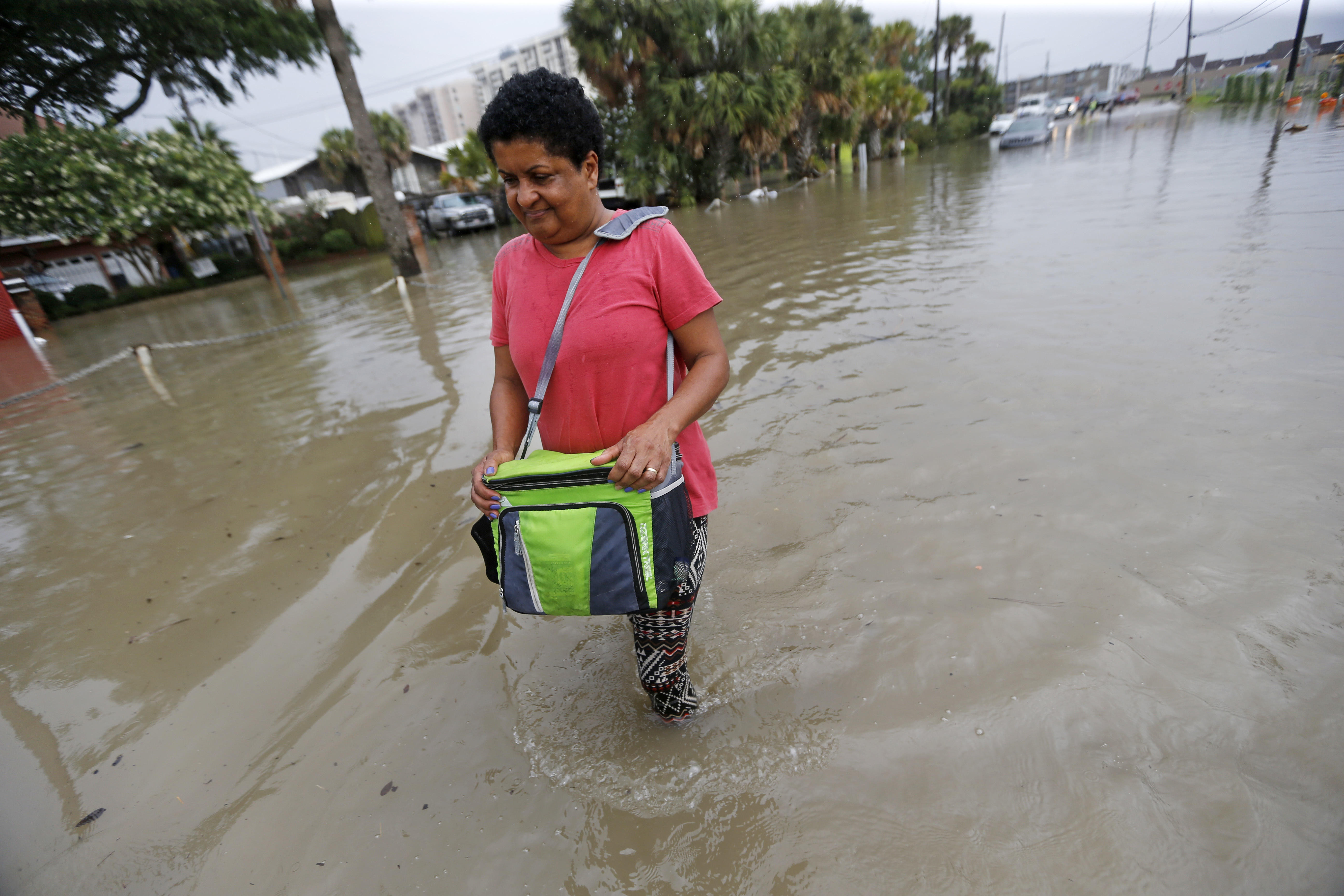 NEW ORLEANS -- Gulf Coast states were in for a third day of rough weather Thursday with Tropical Storm Cindy, blamed for one death in Alabama, expected to keep churning seas and spinning off bands of severe weather.

Forecasters downgraded Cindy to a tropical depression shortly after the storm made landfall early Thursday. According to the National Weather Service, Cindy will continue to weaken over the next 48 hours.

The storm has already dumped 2 to 10 inches of rain in many coastal areas from east Texas to northwestern Florida. It is expected to produce several more inches of rain, with up to a foot in some isolated spots.

The National Hurricane Center put the center of Cindy some 30 miles west-southwest of Lake Charles, Louisiana as of 5 a.m. EDT, with maximum sustained winds of 40 mph. Cindy was moving north at about 12 mph.

On the forecast track, the center said, Cindy will move into southeastern Arkansas early Friday and Tennessee later in the day.

A boy on an Alabama beach was struck and killed Wednesday by a log washed ashore by the storm. Baldwin County Sheriff's Capt. Stephen Arthur said witnesses reported the 10-year-old boy from Missouri was standing outside a condominium in Fort Morgan when the log, carried in by a large wave, struck him. Arthur said the youth was vacationing with his family from the St. Louis area and that relatives and emergency workers tried to revive him. He wasn't immediately identified.

It was the first known fatality from Cindy. Otherwise, the storm was blamed for widespread coastal highway flooding, rough seas and scattered power outages and building damage caused by high winds. There were numerous reports of waterspouts and short-lived tornadoes spawned by the storm.

Alek Krautmann of the National Weather Service in Slidell, Louisiana, said Thursday's pattern would likely be much like Wednesday's: Bands of intermittent, sometimes heavy rain spinning onto the coast.

"It's pretty disgusting, but I don't have flood insurance because they took me out of the flood zone," said Bertucci, whose store is near a bayou. "We're just trying to clean everything up and hope it doesn't happen again."

In nearby Biloxi, a waterspout moved ashore Wednesday morning. Harrison County Emergency Management Director Rupert Lacy said there were no injuries but fences, trees and power lines were damaged.

Louisiana Gov. John Bel Edwards declared a state of emergency, like his Alabama counterpart a day earlier. He was among authorities stressing that the storm's danger wasn't limited to the coast.

In Knoxville, Tennessee, the power-generating Tennessee Valley Authority said it was drawing down water levels on nine lakes it controls along the Tennessee River and its tributaries in Tennessee, Alabama and Kentucky, anticipating heavy runoff from Cindy's rains once the storm moves inland. The TVA manages 49 dams to regulate water, provide power and help control downstream flooding.

In Alabama, streets were flooded and beaches were closed on the barrier island of Dauphin Island. Some roads were covered with water in the seafood village of Bayou La Batre, but Becca Caldemeyer still managed to get to her bait shop open at the city dock. If only there were more customers, she said.

"It's pretty quiet," Caldemeyer said by phone from Rough Water Bait and Tackle. "Nobody can cast a shrimp out in this kind of wind."

Rough seas also led to the rescue of a shrimp trawler in danger of sinking off the coast of Texas. The Coast Guard said the crew of the trawler Footprint was about 80 miles southeast of Galveston when the crew radioed that the vessel was taking on water faster than onboard pumps could clear it. A helicopter crew lowered and extra pump that enabled the shrimp boat crew to clear enough water to stay afloat. A Coast Guard cutter escorted the vessel to Freeport, Texas.