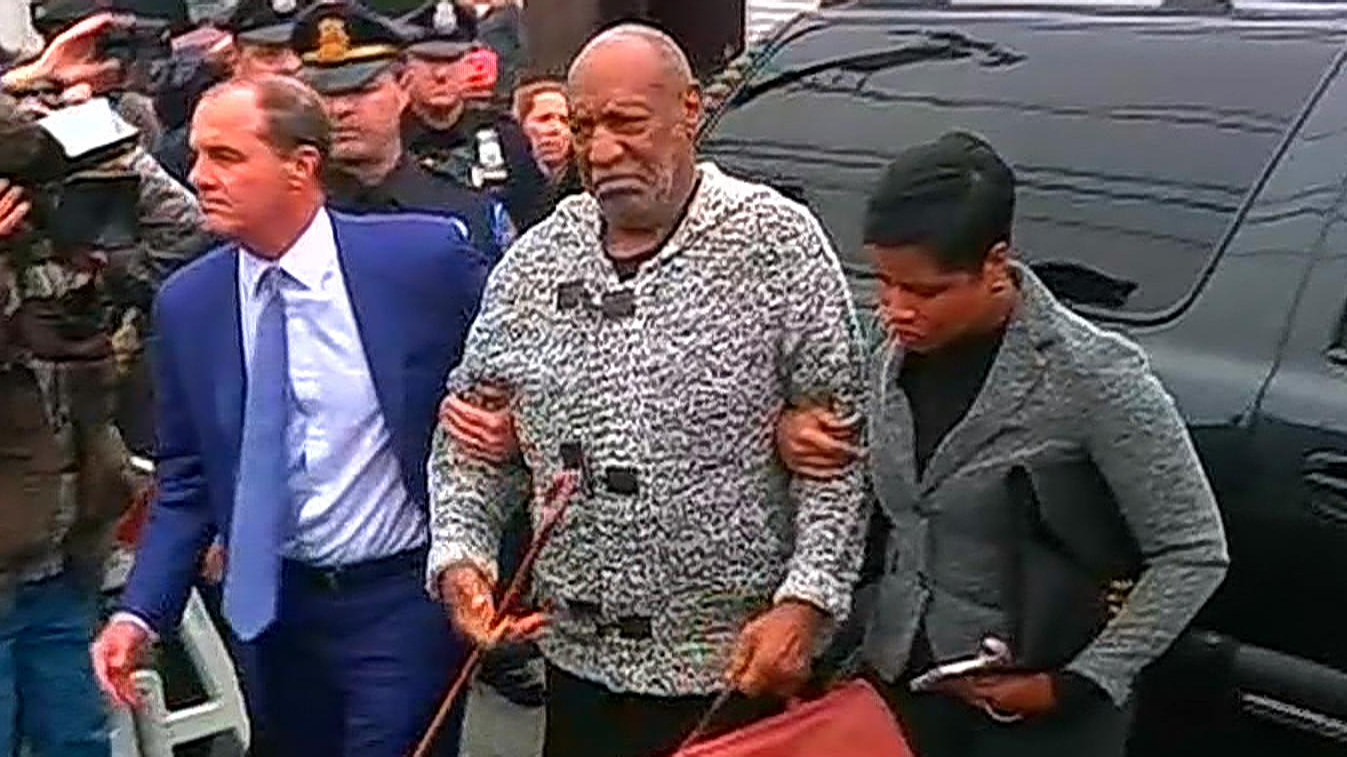 NEW YORK -- It was nearly 12 years ago when Bill Cosby allegedly drugged Andrea Constand and sexually assaulted her in his suburban Philadelphia home.

Authorities had just days remaining under Pennsylvania's statute of limitations when they charged Cosby Wednesday with felony aggravated indecent assault in the alleged January 2004 incident. Constand's story is similar to those of the dozens of women who have accused Cosby of sexual assault, but advocates say statutes of limitation have prevented charges from being filed in many of those cases.

Constand's case is the first to result in an arrest.

A criminal complaint released Wednesday details how a two-year-long friendship ended with Constand contacting police about the man she considered a mentor.

It turns out, prosecutors say, that mentorship wasn't the actor and comedian's goal when he befriended the former Director of Operations for Temple University's women's basketball team.

"Cosby testified that he developed a romantic interest in Constand the very first time he saw her at the Temple basketball game and that he found her good looking," investigators wrote in the affidavit, which includes a summary of recently released depositions from a 2005 civil suit.

"He testified that before he acted upon that interest, he needed to develop a friendship with her."

Constand allegedly told police that she and Cosby developed what she "believed to be a sincere friendship."

CBS News does not typically identify the alleged victims of sexual assault unless they indicate their willingness to be named, as Constand has.

She told police that before the alleged attack in early 2004, she twice rejected Cosby's sexual advances.

"She never thought he would hit on her, especially since Cosby is much older than her father," according to the affidavit.

But at some point between mid-January and mid-February 2004, Cosby allegedly invited her to his house to talk about her career plans.

He greeted her in a sweat suit, she told police. She "told Cosby she felt 'drained,' and 'emotionally occupied.'"

Cosby allegedly left the room and came back with three blue pills. Cosby later told detectives he gave Constand Benadryl, according to the affidavit.

"These will make you feel good. The blue things will take the edge off," he allegedly said.

She said she asked if they were herbal.

"Yes. Down them. Put 'em down," he allegedly replied. "Put them in your mouth."

"Cosby then told the victim to "taste the wine," according to the affidavit. "When she resisted and told him that she hadn't eaten anything that day, Cosby again directed her to 'just taste the wine.'"

Constand said that 2o to 30 minutes later her vision blurred, and she had difficulty speaking. She told police she lost strength in her legs, which felt "like jelly."

"She could not keep her eyes open, was not aware of any sounds, had no sense of time, and was 'in and out,'" according to the affidavit.

She said she was unable to move or speak, was "frozen" and "paralyzed" as he allegedly fondled her, penetrated her with his fingers, and placed her hand on his genitals.

Constand said when she awoke at 4 a.m., Cosby, dressed in a robe, "gave her a muffin, walked to the front door, opened it, and said, 'Alright.'"

Constand soon moved back to her parents home in Canada, according to the affidavit. And in 2005, after telling her mother about the allegations, she contacted police.

It's been nearly 11 years since detectives in Cheltenham, Penn., first interviewed Cosby. Detectives say his story matched Constand's on a lot of details, even the muffin she was given the next day. But they said he described the incident as consensual.

"When directly asked if he ever had sexual intercourse with the victim, Cosby gave the unusual answer, 'never asleep or awake,'" according to the affidavit.

Bruce Castor, the previous District Attorney in Montgomery County, Penn., declined to charge Cosby in 2005. But the case was reopened in July after a judge ordered depositions from Constand's civil case released.

As the 12-year deadline to file charges approached, the case became a political issue in the county. In November, when Kevin Steele was elected district attorney, defeating Castor, he told supporters, "You made a choice to take it forward, to fight for victims."

Cosby's attorney Monique Pressley said in a statement to The Associated Press Wednesday that she was not surprised by the charges, but called them unjustified.

"Make no mistake: We intend to mount a vigorous defense against this unjustified charge, and we expect that Mr. Cosby will be exonerated by a court of law," Pressley said.

The Pennsylvania Office of Victim Advocate said in a statement that the charges are "vindication" for other alleged victims, seven of whom Cosby recently sued for defamation.

Attorney Glorida Allred represents 29 women who have brought accusations against Cosby, none of which resulted in criminal charges. At a press conference Wednesday she criticized statute of limitations laws that may have prevented authorities from filing charges in those cases, and kept all but one out of civil court.

"Unfortunately, for most of the women who allege that they are victims of Mr. Cosby, it is too late for their allegations to be the subject of a criminal prosecution or a civil case because of the arbitrary and restrictive time limits set by law," Allred said.

Cosby made a brief appearance at a Pennsylvania courtroom Wednesday. Bond was set at $1 million. He posted $100,000 and left soon after.