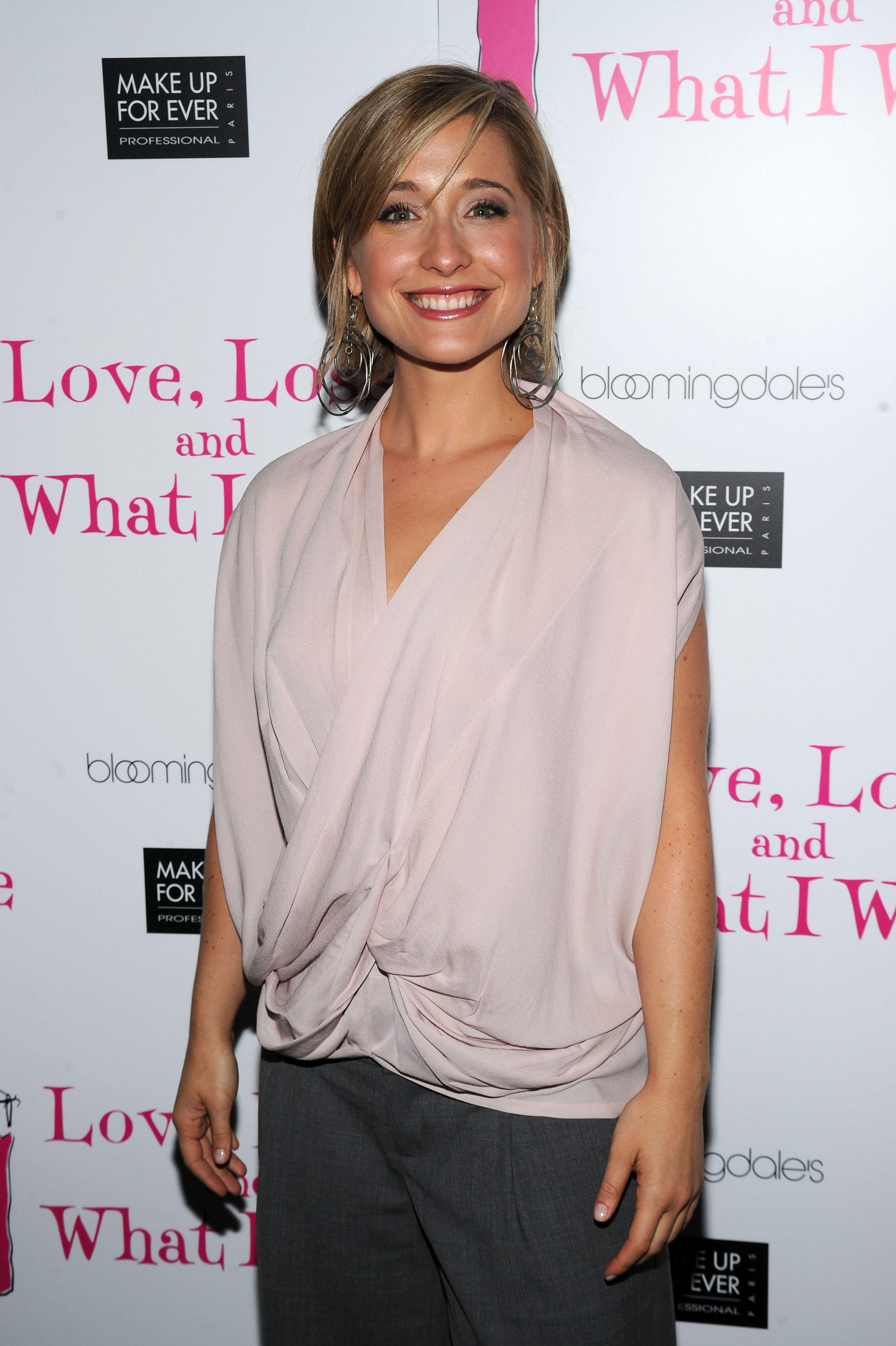 U.S. Attorney for the Eastern District of New York Richard P. Donoghue and William F. Sweeney Jr., Assistant Director-in-Charge of the FBI, announced the charges. Mack is set to be arraigned in Friday, while Raniere will be arraigned on a later date. He was previously arrested on a complaint and ordered detained.

At the end of March, federal prosecutors said they captured Raniere, the leader of NXIVM, who allegedly recruited Hollywood stars and enticed women into the group, making some of them brand themselves with his initials. FBI agents raided a home in New York connected to Raniere, CBS Los Angeles reports.

Raniere has called NXIVM a self-help group, but investigators allege it was a multi-level marketing scheme used as a ruse to enslave and traffic women for sex.

"As alleged in the indictment, Allison Mack recruited women to join what was purported to be a female mentorship group that was, in fact, created and led by Keith Raniere. The victims were then exploited, both sexually and for their labor, to the defendants' benefit," Donoghue said. "This Office and our law enforcement partners are committed to prosecuting predators who victimize others through sex trafficking and forced labor."

Court filings say that in 2015, Raniere, who also went by "Vanguard," created a secret sub-organization with NXIVM called "DOS," an acronym for a Latin phrase that loosely translates to "Lord/Master of the Obedient Female Companions," or "The Vow." The filings allege that DOS had levels of women "slaves" headed by "masters" in a pyramid scheme, with Raniere at the top and Mack immediately below Raniere.

Mack and other DOS masters allegedly recruited DOS slaves by telling them they were joining an empowering women-only organization that would help them overcome their weaknesses. The women allegedly hid that Raniere, the only man in the organization, was at the top of the pyramid.

The filings also say that slaves in DOS were branded in the pelvic region with Raniere's initials. The women were allegedly naked and required to be appear on film while they were branded.

An earlier criminal complaint alleges that women were expected to have sex with Raniere and do menial chores for masters.

In March, Raniere was arrested outside Puerto Vallarta by Mexican federal police. In a video obtained by Inside Edition, a woman believed to be Mack can be seen and heard as Raniere is taken away.

Former NXIVM publicist Frank Parlato told Inside Edition that Mack is "completely enamored with Raniere and completely under his thrall." He also said that Mack and her "Smallville" co-star, Kristin Kreuk, were used as "poster girls for normalizing the group." Kreuk says she left NXIVM years ago and commended the women who exposed DOS.

If convicted of the charges, Mack and Raniere each face a minimum of 15 years and up to life in prison.