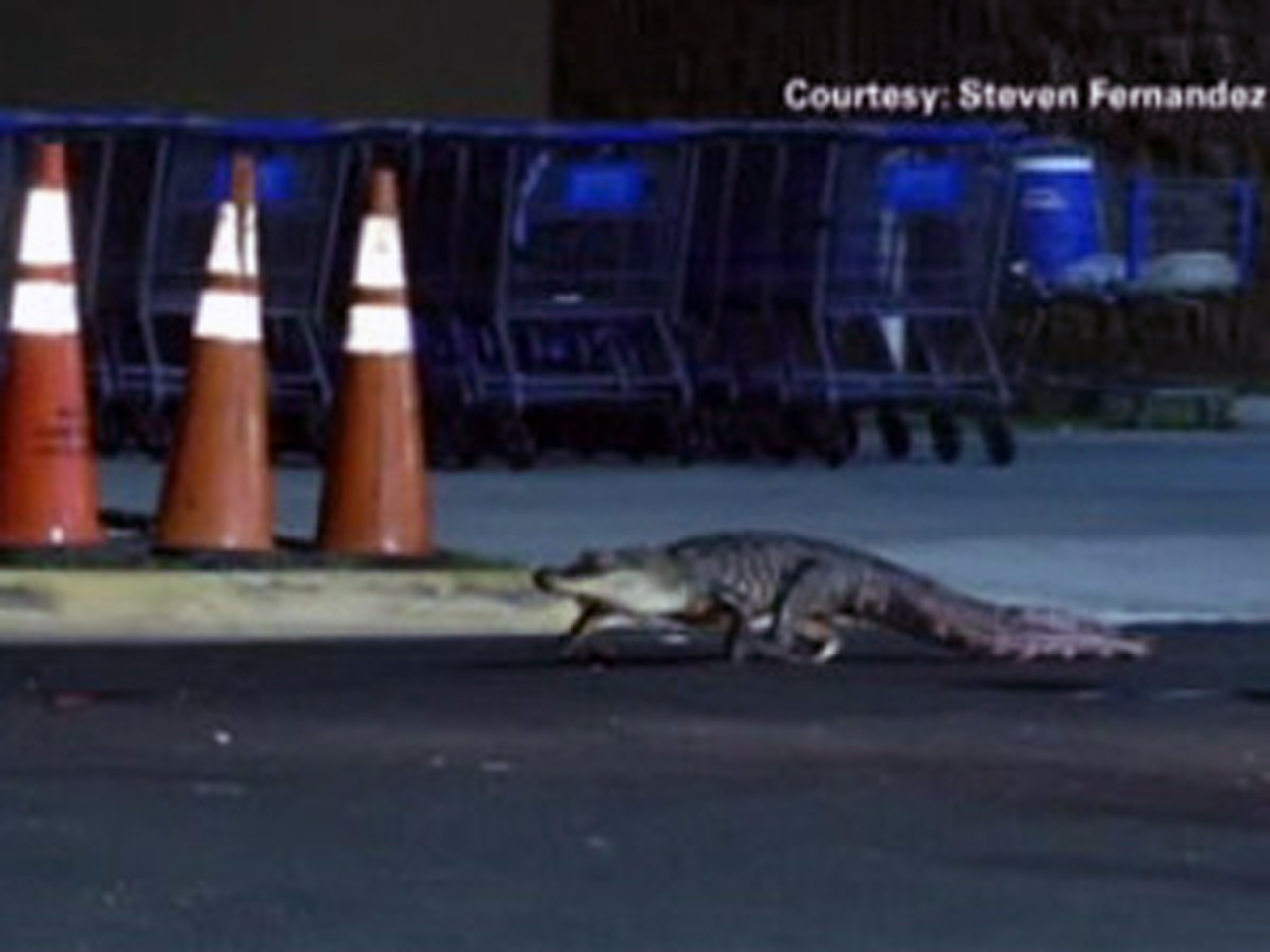 APOPKA, Fla. Police were called out to a Walmart in Apopka, Fla., after a gator started hanging out near the store's front doors, reports CBS Miami.

The gator stopped in the entryway, causing the automatic doors to open and close until employees locked them.

Police officers tried to lure the gator away as customers gathered to watch and snap pictures.

The gator took off toward the nearby woods.

Officers scoured the area but couldn't find him.