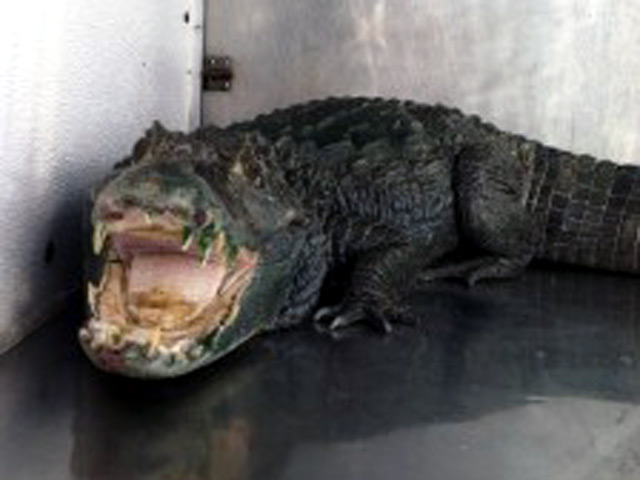 (CBS/AP) CASTRO VALLEY, Calif. - California police who entered a man's house Wednesday afternoon for a probation check said they found a $100,000 stash of marijuana guarded by a five-foot-long alligator.

The San Francisco Chronicle reported that Alameda County deputies entered the home of 32-year-old Assif Mayr where they found 34 pounds of marijuana and the five-foot alligator in a tank in the bedroom.

Sheriff's Sgt. J.D. Nelson said Mayr got the alligator, named "Mr. Teeth," in 1996 "to commemorate the death of rapper Tupac Shakur." Nelson added that the alligator was likely used as a deterrent against marijuana thieves.

Mayr was arrested and booked into jail on suspicion of possessing marijuana for sale. He is held in lieu of $160,000 bail.

The alligator was taken to the Oakland Zoo. Officials there described it as very sick and said it was being cared for at the zoo's veterinary hospital.