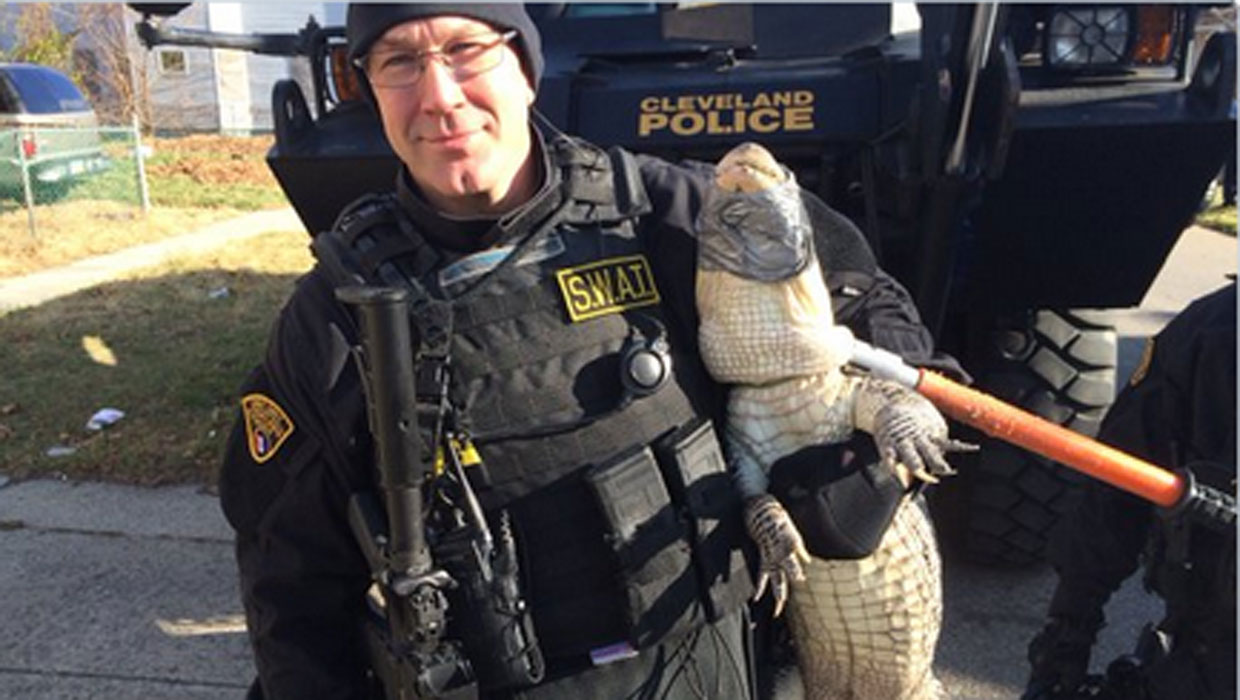 CLEVELAND -- Police said they arrested a man who barricaded himself inside his Cleveland home with an alligator.

Officers responded to the home Thursday for a reported domestic disturbance.

Police said they called the SWAT team and, once inside, an officer laid on top of the alligator while others taped its mouth shut. The alligator was turned over to animal control.

Chief Animal Control Officer Ed Jamison told a local news station that the animal is 5- to 6-feet long and is "very dangerous." He said it was the second alligator authorities found in the city this year.

Officials told the local station that the state plans to pick the alligator up tomorrow and take it to an exotic animal rescue in South Carolina.

The man was arrested but authorities didn't immediately identify him.