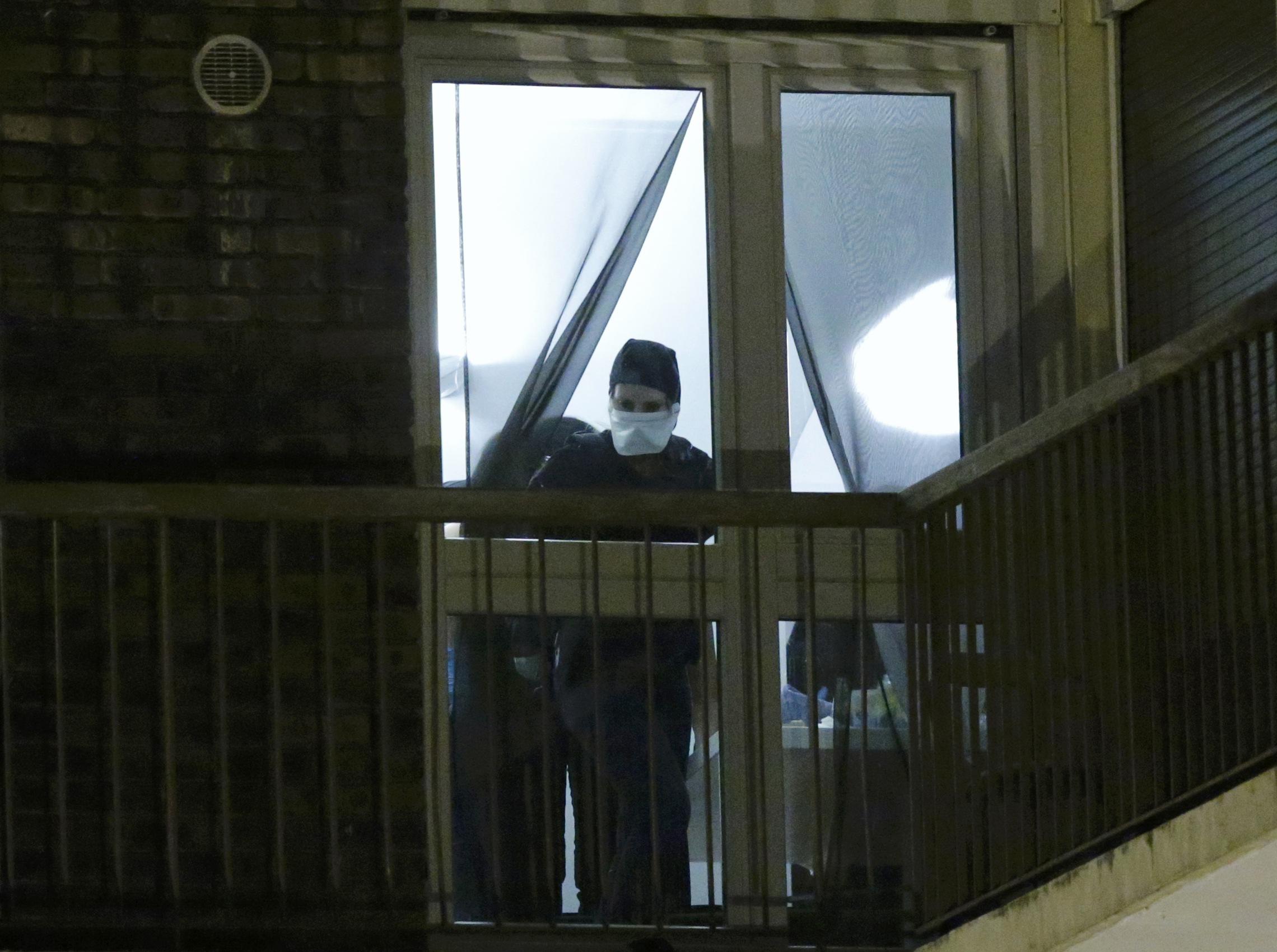 PARIS - A 29-year-old woman whom authorities suspect is part of a female “terrorist commando” in the service of the Islamic State of Iraq and Syria went before a judge Saturday, the first of five suspects to face preliminary charges in an aborted attack near Notre Dame Cathedral and another possible attack thwarted by police.

The discovery of the car early last Sunday led investigators to the arrests of three more women and a man that revealed links to two attacks this year in France claimed by ISIS.

France, which is in a state of emergency, has been hit with three attacks this year, including a truck attack in Nice​ on Bastille Day that killed 86 people. An abandoned car found Sunday with its license plates removed, its hazard lights mysteriously flashing and loaded with gas canisters set a frantic search in motion.

A woman identified by authorities as Ornella G. was the first to be arrested, on Tuesday with a companion at a highway stop near the southern city of Orange. Her companion was freed, the prosecutor’s office said Saturday.

But Paris prosecutor Francois Molins said Friday that Ornella G’s fingerprints were found inside the car. She was known to intelligence agents as someone who was looking to go to Syria.

Police traced the person linked to the car to a house in the Essonne region south of Paris and descended Thursday evening. A confrontation with three women outside ensued, including the 19-year-old daughter of the car’s owner, Ines Madani.

She was shot in the leg as she lunged at a police officer with a knife - after another woman, Sarah H., 23, attacked and wounded a plainclothes officer with a kitchen knife through the open window of his car, Molins said on Friday.

The third woman, Amel S., 39, who lived at the house, also was arrested along with her daughter, about to turn 16 but potentially implicated in the “terrorist project,” according to the prosecutor. She was found in another Paris suburb.

Molins said the investigation has led to the dismantling of a “terrorist commando of young women” aligned with ISIS.

“In the last few days and hours, a terrorist cell was dismantled, composed of young women totally receptive to the deadly Daesh ideology,” said Molins, using an Arabic acronym for the extremist group.

The prosecutor contended that the women were guided in their actions by ISIS members in Syria, “which shows this organization intends to make women combatants.”

Police found a handwritten pledge of allegiance to ISIS leader Abu Bakr al-Baghdadi inside the purse of Ines Madani. The note also stated that in answer to the call of the No. 2 ISIS leader, killed in August, Abu Mohammed al-Adnani, “I attack you in your lands to mark your minds and terrorize you,” Molins said in an account of the arrests.

The probe took on a wider scope with the arrest of Sarah H. Investigators discovered she was to marry Larossi Abballa, the man who killed a police couple in June in their home in Magnanville, outside Paris, before being killed in a police raid.

She then was to marry Adel Kermiche, who slit the throat of the Rev. Jacques Hamel, 85, during morning Mass in July in the Normandy town of Saint-Etienne-du-Rouvray, Molins said. Kermiche and another attacker were shot to death by police. Sarah H. was subsequently to marry Mohamed Lamine A., known to be radicalized and the brother of a man jailed in the Magnanville murders.

Those detained can be held for four days of questioning before going before a judge who will charge or free them.