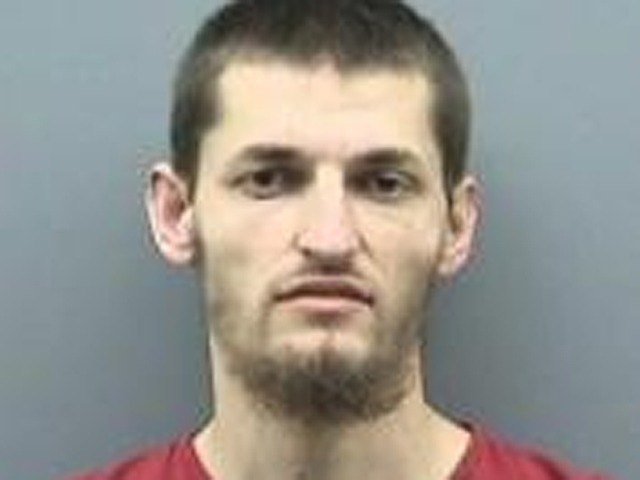 TAMPA, Fla. - A Kosovo-born man was charged with plotting to attack Tampa-area nightclubs and a sheriff's office with bombs and an assault rifle to avenge wrongs done to Muslims, federal authorities said Monday.

According to a federal complaint, 25-year-old Sami Osmakac recorded an eight-minute video shortly before his arrest explaining why he wanted to bring terror to his "victims' hearts" in the Tampa Bay area. Osmakac is a naturalized American citizen born in Kosovo, then part of the former Yugoslavia in eastern Europe.

There is no indication that Osmakac planned to attack the Republican National Convention, which will be held in Tampa in August, federal authorities said.

Hassan Shibly, a Tampa attorney and the executive director of the Council on American-Islamic Relations, said he met Osmakac briefly over the summer. Osmakac was "ranting" about how CAIR was an "infidel organization," Shibly said.

"It was very clear he was very disturbed very angry and very misguided about the Islamic faith," said Shibly, adding that Osmakac did not appear to be a member of any of the area's mosques and had "disassociated himself" from those houses of worship. "He was very, very ignorant of Islam. He didn't know Arabic or anything about basic Islamic teachings about promoting peace."

Shibly said the CAIR office received calls from people in the Islamic community who were concerned about Osmakac's extreme views.

"Contact the authorities as soon as possible," Shibly said he told those people.

Osmakac gave only brief answers to basic questions during his first appearance in federal court Monday. He wore a blue jail outfit and was shackled at his wrists and ankles. His public defender, Alec Hall, declined to comment afterward.

U.S. Magistrate Judge Anthony Porcelli ordered Osmakac held without bail. If convicted on the single count of attempted use of a weapon of mass destruction, Osmakac could face life in prison.

Osmakac was arrested Saturday — the day officials said he was planning his attack — after he allegedly bought explosive devices and firearms from an undercover agent. The firearms and explosives were disabled before the sale.

Osmakac lived with his parents in a tan stucco home in Pinellas Park, Fla., a small city west of Tampa. He worked occasionally at the Balkan Food Store and Bakery in St. Petersburg, a small store owned by his parents.

On Monday, a man identifying himself as Osmakac's older brother was at the store. He would not give The Associated Press his name but said his brother was innocent.

According to public records, Osmakac had one prior brush with the law. In April 2011, Tampa Police said Osmakac, dressed in "what appeared to be traditional Middle-Eastern attire with a small cloth" on his head, got into an argument over religion outside a Lady Gaga concert in downtown Tampa.

A police report said anti-gay Christian protesters outside the concert saw Osmakac driving by in a truck and turned their attention to him because of his appearance.

"The protesters began verbally berating the man and the Muslim faith and their attacks became personal and nasty," wrote Tampa officer Kevin Krupa.

The report said Osmakac parked his vehicle, walked up to the protesters and got into an argument with one man who insulted Allah, Mohammed and the Quran. Osmakac was accused of head butting one man and was charged with battery — although Krupa noted that the protesters were "not promoting peace or tolerance, but rather of inciting violence and hate."

That case had not yet been resolved, according to court records.

Federal officials say Osmakac's new charges stem from information given to them by a confidential source in September 2011.

According to the federal report, Osmakac walked into the source's business looking for al Qaeda flags. The confidential source then hired Osmakac and was in constant contact with federal officials and audio or video taped their conversations.

Osmakac allegedly asked the source for help getting firearms and explosives for the attacks, and the source put him in touch with an undercover FBI employee.

On Dec. 21, Osmakac met with the undercover agent and allegedly told the agent that he wanted to buy an AK-47-style machine gun, Uzi submachine guns, high capacity magazines, grenades and an explosive belt. During a later meeting, Osmakac gave the agent a $500 down payment for the items.

Osmakac also asked the undercover employee to build bombs that could be placed in three different vehicles and detonated remotely, the U.S. Justice Department said in a press release. Osmakac then planned to follow up with an attack using the other weapons he asked for, authorities said.

On Jan. 1, Osmakac told the agent he wanted to bomb nightclubs, the operations center of the Hillsborough County Sheriff's Office and a business in Tampa.

Osmakac told the undercover FBI agent that he wanted to detonate a car bomb and use the explosive belt to "get in somewhere where there's a lot of people" and take hostages.

Osmakac told the agent that after he took hostages he wanted to demand something from the "kuffar" — an Arabic word that means infidels or disbelievers of Islam, federal authorities said.

According to the affidavit, he also said, "Honestly, I would love to go for the Army people, but their bases are so locked up, I have to do something else."

Osmakac said he wanted to take down the bridges that link Tampa to neighboring Pinellas County.

"This will crush the whole economy," he allegedly said to the agent. "This would crush everything man, they would have no more food coming in. They would, nobody would have work."

During that meeting, the agent told Osmakac he could always change his mind about his plot.

"According to the complaint, Osmakac immediately shook his head in the negative and stated, `We all have to die, so why not die the Islamic way?"' according to the press release.