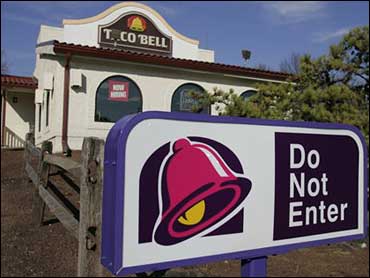 The scallions suspected in the E. coli outbreak linked to Taco Bell came from a Southern California grower, an official with the company that washed, chopped and packed them for the restaurant chain said Thursday.

Ready Pac Produce, the sole supplier of green onions to Taco Bell restaurants in the New York, New Jersey and Philadelphia areas, where most people got sick, stopped scallion production at its Florence, N.J., plant that was inspected by federal food officials.

"As soon as we heard news from Taco Bell about the positive yet inconclusive results, we took immediate action to do everything we could," said Steve Dickstein, marketing vice president for Irwindale-based Ready Pac, one of the nation's leading produce packers.

Taco Bell ordered scallions removed from all 5,800 of its restaurants Wednesday after preliminary tests linked them to the E. coli bacteria. State and federal investigators also are scrutinizing other non-meat ingredients on the Taco Bell menu, such as cheese, lettuce, yellow onions and tomatoes, as they try to pin down the source.

Learn more about E. coli
At least 58 confirmed cases of E. coli sickness have been reported in New Jersey, New York and Pennsylvania and three other states, with the vast majority linked to Taco Bell, the Centers for Disease Control and Prevention reported Thursday.

Dickstein said its scallions came from Boskovich Farms Inc. of Oxnard and were grown in California, "although the investigation continues as to whether they were contaminated."

A spokeswoman for Boskovich Farms, which sells scallions to food processors for Taco Bell in numerous states, said the company was cooperating with the fast-food retailer as it attempts to track the source of the bacterium.

The farm, which grows green onions and other vegetables on its 1,700 acres about 45 miles northwest of Los Angeles, had not been contacted by health officials, spokeswoman Lindsay Martinez said Thursday.

"All of the onions that we do supply to Taco Bell come from Oxnard," said Martinez. "We support Taco Bell in their pro-active decision based on the information they had."

Testing by an independent lab found three samples of green onions that appeared to have a harsh strain of the bacteria.

But with only preliminary results, California health officials said there was no link to California produce or processors and they were not involved in the investigation. Federal authorities said Thursday there were no plans to issue warnings about scallions.

"All we have been given is presumptive evidence only from a contract lab whose results we can't confirm," FDA spokesman Michael L. Herndon said.

This is the second E. coli scare to hit Ready Pac in the past four months. In September, spinach with the Ready Pac label was among dozens of brands pulled from the shelves when federal authorities traced a nationwide E. coli outbreak to a San Juan Bautista processing plant that bags its spinach and dozens of other brands.

Preliminary tests showed the E. coli strain in the green onions was different from that in the spinach, California health officials said. Three people died and more than 200 fell ill from eating fresh spinach traced to California's Salinas Valley.

In the latest outbreak, at least five people remained hospitalized, including an 11-year-old boy in stable condition with kidney damage. Federal officials said there are possible cases in Delaware, South Carolina and Utah, as well.

In Delaware, where all 14 Taco Bell restaurants closed voluntarily, public health officials were investigating two cases that may be linked to the outbreak.

All 15 Taco Bell restaurants in Philadelphia voluntarily closed Wednesday following a recommendation by the city's Department of Public Health.

Two restaurants on New York's Long Island were also closed Wednesday for cleaning. The chain, a subsidiary of Yum Brands Inc., had reopened other restaurants there linked to the outbreak. A Taco Bell in South Plainfield, N.J., also remained closed for cleanup.

Green onions have been the source of eight food-borne illness outbreaks since 1994, but none of those cases involved E. coli, said Douglas Powell, food safety professor at Kansas State University.

Tainted green onions from Mexico were blamed for a 2003 outbreak of hepatitis A in western Pennsylvania that was also traced to a Mexican restaurant. Four people died and more than 600 people were sickened after eating the green onions at a Chi-Chi's.

If scallions are contaminated at any stage of the growing process, their structure theoretically would make it difficult to remove the bacteria solely by washing because the onions can carry pathogens inside their multiple layers, said Powell.

Ready Pac, which won a supplier award from Taco Bell in 2001, washes and sanitizes its onions twice, Dickstein said. The company has not halted production of the lettuce, tomatoes, regular onions and cilantro it supplies to Taco Bell.

California is the nation's largest supplier of green onions, but in winter the vegetable is typically imported from Mexico.

E. coli, short for Escherichia coli, is a common and ordinarily harmless intestinal bacteria. According to the CDC, the strain of E. coli that caused the infections is often found in the intestines of healthy goats, sheep and cattle. Most E. coli infections are associated with undercooked meat. The bacteria also can be found on sprouts or leafy vegetables such as spinach.

It can be spread if people don't take steps such as thoroughly washing their hands.

The first lawsuit in the Taco Bell case was filed Wednesday.

The family of an 11-year-old boy claimed that negligence by the restaurant chain led to an E. coli outbreak that sickened the boy.

The boy, Tyler Vormittag, became ill after eating three tacos with cheese and lettuce at a Taco Bell in Riverhead, N.Y., on Long Island, on Nov. 24, according to the lawsuit filed late Wednesday. He was hospitalized Nov. 28 and released the next day, his attorney said.

"When a restaurant serves food, it is deemed to be fit for human consumption and that it does not contain any deleterious or harmful substances," said his attorney, Andrew Siben. "The Taco Bell restaurant clearly breached that duty."

A Taco Bell spokeswoman said the company had no immediate comment on the lawsuit. The Irvine, Calif.-based chain is a subsidiary of Yum Brands Inc.