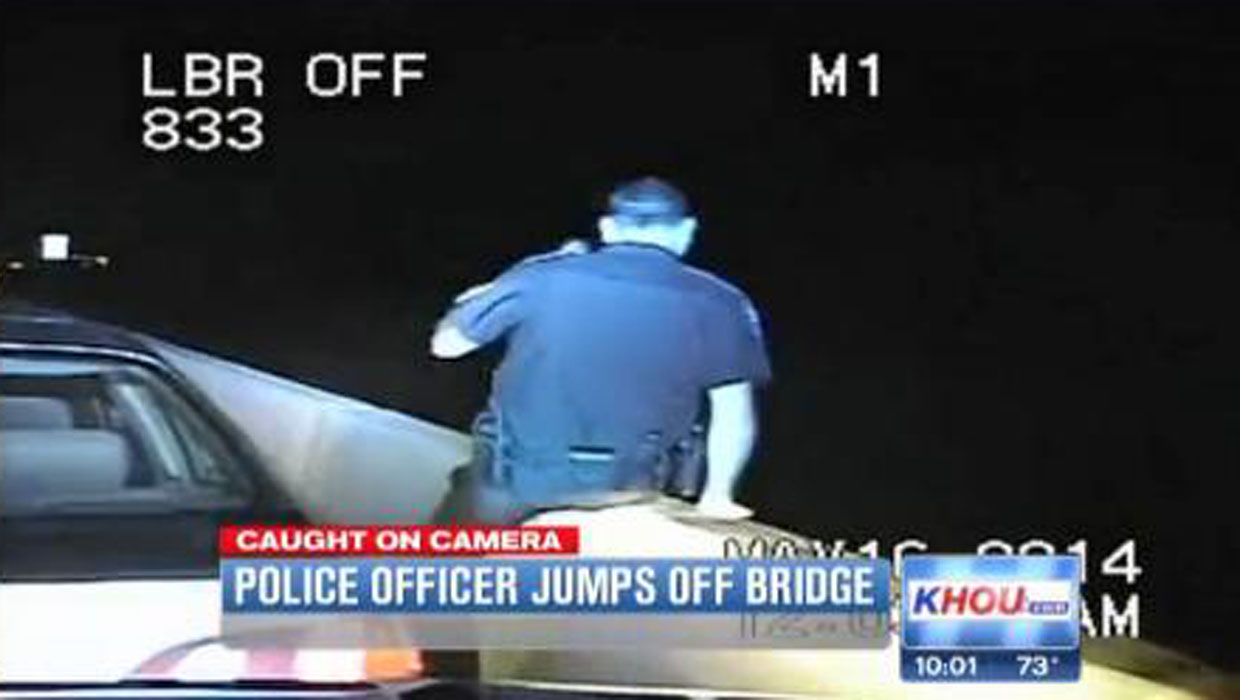 MISSOURI CITY, Texas - Dash cam video of a Texas police officer being forced to jump off a bridge to avoid an alleged drunk driver has been obtained by CBS affiliate KHOU.

Christie Biggers, 46, allegedly rammed into the back of a police car and forced a Missouri City police officer making a traffic stop to climb over a bridge railing on State Highway 6, in the Houston metropolitan area. The driver, a physical education teacher, is charged with intoxication assault, reports KHOU.

Just after midnight on Friday, Officer Kenneth Lewis and his partner were making a traffic stop, the station reports. The police officers were out of their squad car speaking with the pulled-over driver when video from their cruiser's dash cam appears to show their vehicle being forced forward.

With the police cruiser bearing down on him, Lewis hoisted himself over the bridge barricade and fell roughly 30 feet, onto rocks on the banks of the Flat Bank Bayou, police told the Houston Chronicle. His partner was unharmed. Lewis, a father of three, is in stable condition and recovering in the hospital, according to KHOU.

"He had a partially ruptured aorta that had to be repaired," Lt. Paul Poulton told the station. "Now [the doctors] are looking at his fractured pelvis to decide if they have to do surgery on it or not."

Biggers' attorney said his client was "just devastated" by the incident. "[She has] a son and a great family in this community.... She wants to make sure that Officer Lewis and the family accept her deepest apologies."