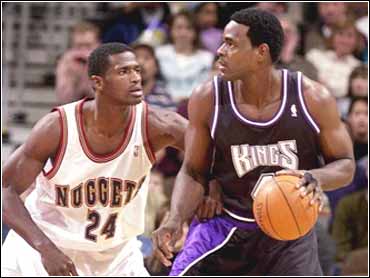 Fourteen players were picked in a vote by coaches as reserves for the Feb. 11 game at Washington.

Shaquille Neal and Kobe Bryant of the Los Angeles Lakers, Tim Duncan of San Antonio, Jason Kidd of Phoenix and Chris Webber of Sacramento were elected to start for the West.

Malone was picked for his 13th All-Star game, tying him for third with Wilt Chamberlain, Bob Cousy and John Havlicek behind Kareem Abdul-Jabbar (19) and Jerry West (14).

David Robinson was picked for the 10th time, Payton for the seventh and Garnett for the fourth.

Allen, Finley, Houston, Glenn Robinson and Stackhouse were selected for the second time each.