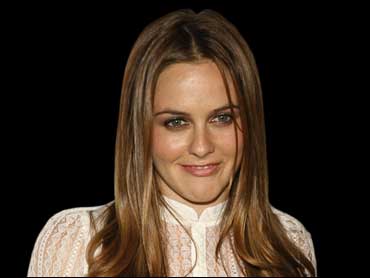 Alicia Silverstone will appear nude in a television commercial set to debut Wednesday in Houston.

The 30-year-old actress, who appeared in movies such as "Clueless" and "Batman & Robin," shot the ad to promote vegetarianism in the spot sponsored by People for the Ethical Treatment of Animals.

In the 30-second ad, which will air about two dozen times in Houston on Wednesday, Silverstone is shown emerging from a swimming pool.

"I'm Alicia Silverstone, and I'm a vegetarian," she says. "There's nothing in the world that's changed me as much as this. I feel so much better and have so much more energy."

She obscures the view of her body with her arms as she gets out of the pool.

"I wasn't always a vegetarian, but I've always loved animals," she said in a news release. "Physically, the effect has been amazing."

The animal-rights group said it launched the commercial in Houston because the city is often high on lists of cities with unhealthy eating habits. Houston was named the sixth-fattest city in the nation by Men's Fitness magazine this year.