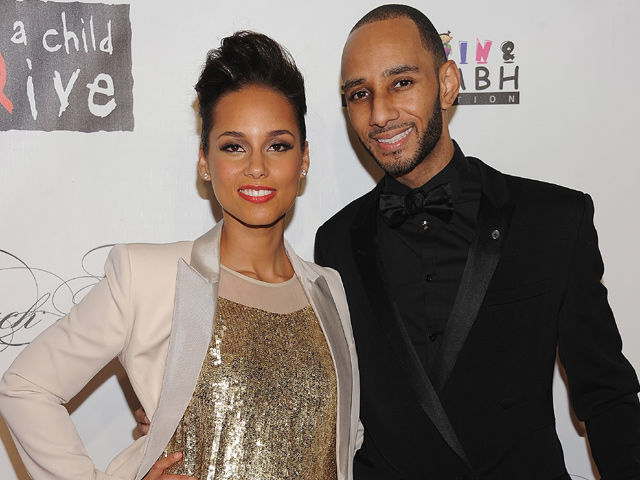 (CBS/AP) Singer Alicia Keys did whatever it took Thursday night to raise money for the Keep a Child Alive charity  at her Black Ball event. She sang, she hosted and she even auctioned off the two gold bracelets she wore to the event.

Keys took off two 18-carat gold bracelets and put them up for bid. Once someone agreed to buy the items for $14,000, a light bulb seemed to switch in her brain.

The crowd cheered her on.

Her charm and talent helped the Grammy winner raise $401,500 through auctions at her Black Ball event, which celebrates Keep a Child Alive, her 8-year-old organization aiding HIV//AIDS victims in Africa and India.

The event honored the late Beatles guitarist, George Harrison, for his philanthropic commitments to India and his 1971 concert for Bangladesh with Ravi Shankar, which funded relief efforts for East Pakistan refugees following the 1970 Bhola cyclone. Harrison's widow, Olivia Harrison, said she would make a pledge to Keys' charity.

Keys was joined onstage by Usher, Richie Sambora, Norah Jones, Gary Clark Jr., and others at the event at New York's Hammerstein Ballroom. She closed the night with Black Eyed Peas' leader will.i.am, singing Fergie's verse on the group's hit "I Gotta Feeling."

In addition to Keys' bracelets, other items auctioned off included a dinner party with Edward Norton and Naomi Watts, which went for $25,000; a trip to Paris Fashion Week to see shows by Givenchy, which sold for $15,000; and the top bid was a lifetime membership to all Donald Trump golf properties, selling at $180,000.