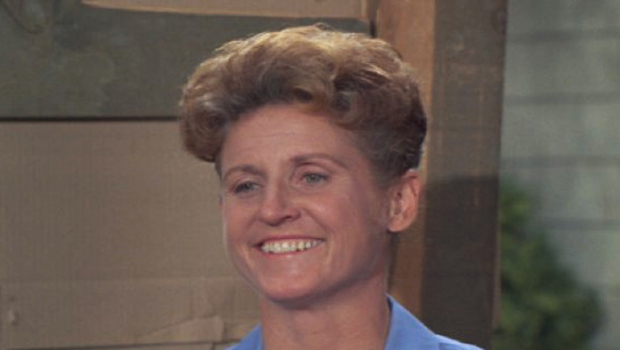 Ann B. Davis, best known for being the wiseacre maid on TV's "The Brady Bunch," has died.

Davis was 88 and lived in San Antonio, Texas. She died after falling, her friend, Bishop William Frey, confirmed to CBS News.

Ann Bradford Davis first came to the attention of TV audiences as Charmaine "Schultzy" Schultz in the "Bob Cummings Show" on NBC from 1955 to 1959, CBS Los Angeles reports. She won two Emmys for her work on that sitcom and was nominated two additional times.

Davis received a star on the Hollywood Walk of Fame.

But 1960's and 1970's era TV fans, and countless millions who have seen "Brady" reruns ever since, adored her as Alice Nelson, always quick with a cookie, a quip or sage advice for the six kids and often the parents, too.

When she was not starring in sitcoms and playing second bananas, she was often seen on commercials. Davis pitched Ford cars and was the face of Minute Rice for decades.

Davis, born in Schenectady, New York, had her first job in show business when she was 6. According to her IMDb.com bio, she made $2 for appearing in a puppet show.

She intended on being a doctor but got the desire to act for a living while watching her brother tour as a lead dancer in the national company of "Oklahoma."