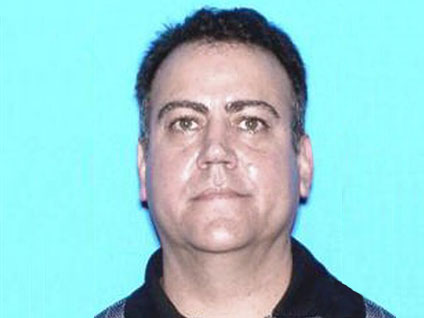 It was a scene from hell: after a massive quake shook the earth, the desperate cries of women mingled with the harsh wail of ambulance sirens. Blocks of buildings lay in ruin.

Countless bodies were trapped under the wreckage.

"The women screamed, the children cried, people yelled, `God is Great!"' said Hakim Derradji in Rouiba, near the epicenter of an earthquake in Algeria. "It was horrible, it was like we had been bombed."

Late Thursday, some 24 hours after the earth shook, the official APS news agency said at least 1,092 were dead and 6,782 were injured. An Arab-language state-run radio gave a higher toll of 1,225, as the counting of bodies continued. Many thousands more were homeless.

The scene in Rouiba — witnessed by an Associated Press reporter soon after the quake — was repeated across the quake zone east of Algiers ravaged Wednesday night by the worst temblor to hit the country in more than 20 years.

On Thursday, rescue workers rushed to pull survivors from the rubble and country after country dispatched personnel, goods and sniffer dogs to the North African nation.

Officials warned that with so many bodies probably buried in collapsed buildings, the death toll was certain to increase as more bodies were found.

"Unfortunately we have not finished establishing these increasingly tragic figures," Algerian Prime Minister Ahmed Ouyahia told reporters in the quake zone. "What is worrying is that there are still many under the rubble."

The quake hit about 7:45 p.m., wreaking the worst damage in towns near Thenia, close to the quake epicenter. Thenia is about 40 miles east of Algiers, the capital.

In Algiers, electricity was cut in some neighborhoods, causing panic throughout the city. About 10 aftershocks rippled through the area in the hours that followed, and many people spent the night outside in fear of further quakes.

The city, however, was mostly spared from the devastation further east, and by Thursday afternoon nerves had calmed — but the memories were terrifyingly fresh.

"It was a great shock," said Mohcine Douali, who lives in the center of Algiers. "I ran out to the street with my wife and my two daughters, and no one has been able to sleep because of the aftershocks."

The U.S. Geological Survey, which monitors quakes around the world, said the temblor had a preliminary magnitude of 6.8, up from an earlier estimate of 6.7. Algerian officials put it much lower at 5.2. The cause of the discrepancy was not immediately clear, though some said it could be due to the Algerians' older equipment.

CBS News reports hospitals in the capital and hardest-hit cities were finding it almost impossible to cope. In the worst affected province, Boumerdes, bodies were piled up outside hospitals and patients were treated in the open air.

In Dergane, near the epicenter, eight members of the same family including a month-old baby — were killed as they sought shelter in their cellar.

Interior Minister Nouredine Yazid Zerhouni traveled to Thenia and Boumerdes. A call for blood donors was issued and medical personnel and employees of Sonelgaz, the state company that supplies electricity, were asked to pitch in and help.

Algerians living abroad were desperate for news about their families. Dozens crowded around a ticket counter at Paris' Orly airport, hoping for a ticket home.

"The whole city center has been razed to the ground," said M'Hamed Harkane, a 34-year-old male nurse from Thenia. "I have my father, my mother and my brother there. I don't know if they're dead — they probably are."

France dispatched two rescue teams Thursday of 60 members each to help with the disaster, and officials were in contact with Algeria to see what additional help will be needed.

The International Federation of Red Cross and Red Crescent Societies was sending a team. Authorities said they feared that the earthquake has damaged health facilities and the water and sanitation infrastructure.

Chinese citizens were among victims of Algeria's devastating earthquake, with six trapped under rubble and another seven injured, China's Foreign Ministry said Thursday.

Butch Kinerney, spokesman for the U.S. Geological Survey, called it a shallow earthquake that was capable of causing "significant damage and injuries."

The earthquake was the largest in Algeria since the magnitude-7.1 El Asnam quake that struck Oct. 10, 1980, said Lucy Jones, scientist in charge of the U.S. Geological Survey office in Pasadena, Calif.

Jones said Wednesday's quake likely occurred on a blind-thrust fault along the boundary between the African and Eurasian plates. Blind-thrust faults produce earthquakes when one block pushes upward over another, as if moving up a ramp.

The earthquake was the latest tragedy to visit this North African nation, where an Islamic insurgency that has left some 120,000 people dead has raged for more than a decade.

In November 2001, more than 700 people were killed in flooding around the capital, with most of the deaths in Bab el-Oued.