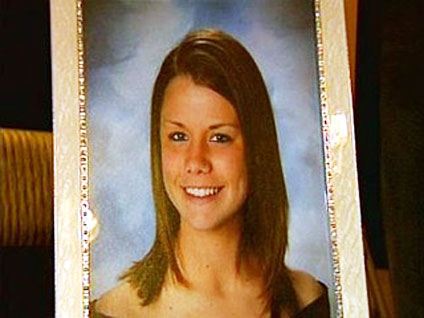 NEW YORK (CBS/WCBS/AP) West Islip High School senior Alexis Pilkington appeared to have it all. She was a popular 17-year-old and a well-liked athlete who had already landed a soccer scholarship to college.

But none of that stopped Alexis from becoming the target of nasty online comments - even after the Long Island girl committed suicide.

Now, Suffolk County police say they're investigating the messages sent before and after Alexis's death. Her parents told CBS affiliate WCBS they don't believe the messages led to her suicide, but her friends have been distraught over the creepy, insensitive messages about her, many of them posted anonymously.

"She was obviously a stupid depressed -- who deserved to kill herself. she got what she wanted. be happy for her death. rejoice in it," wrote one person.

Michael Stracuzza, father of one of Alexis' friends, told The Associated Press he's sending prosecutors information on all the harassing posts put on a Facebook memorial site. He and other parents are hoping to take legal action because of how upsetting it is for those Alexis left behind.

"It's the effect the posts have on those who are mourning that poor girl's death," said Stracuzza. "Children want to mourn their friend, and there are posts of photos with nooses around her neck. It's disgusting and heartless."

A tribute to the teen was set up on the popular social networking site, with many of her friends posting messages about how they missed her, but a flood of negative messages, many of them lewd, also piled up.

A page on formspring.me, another social networking site, also was flooded with mean-spirited messages and graphic images.

Suffolk County police said they are monitoring the sites and will take action if any communications are found to be criminal.