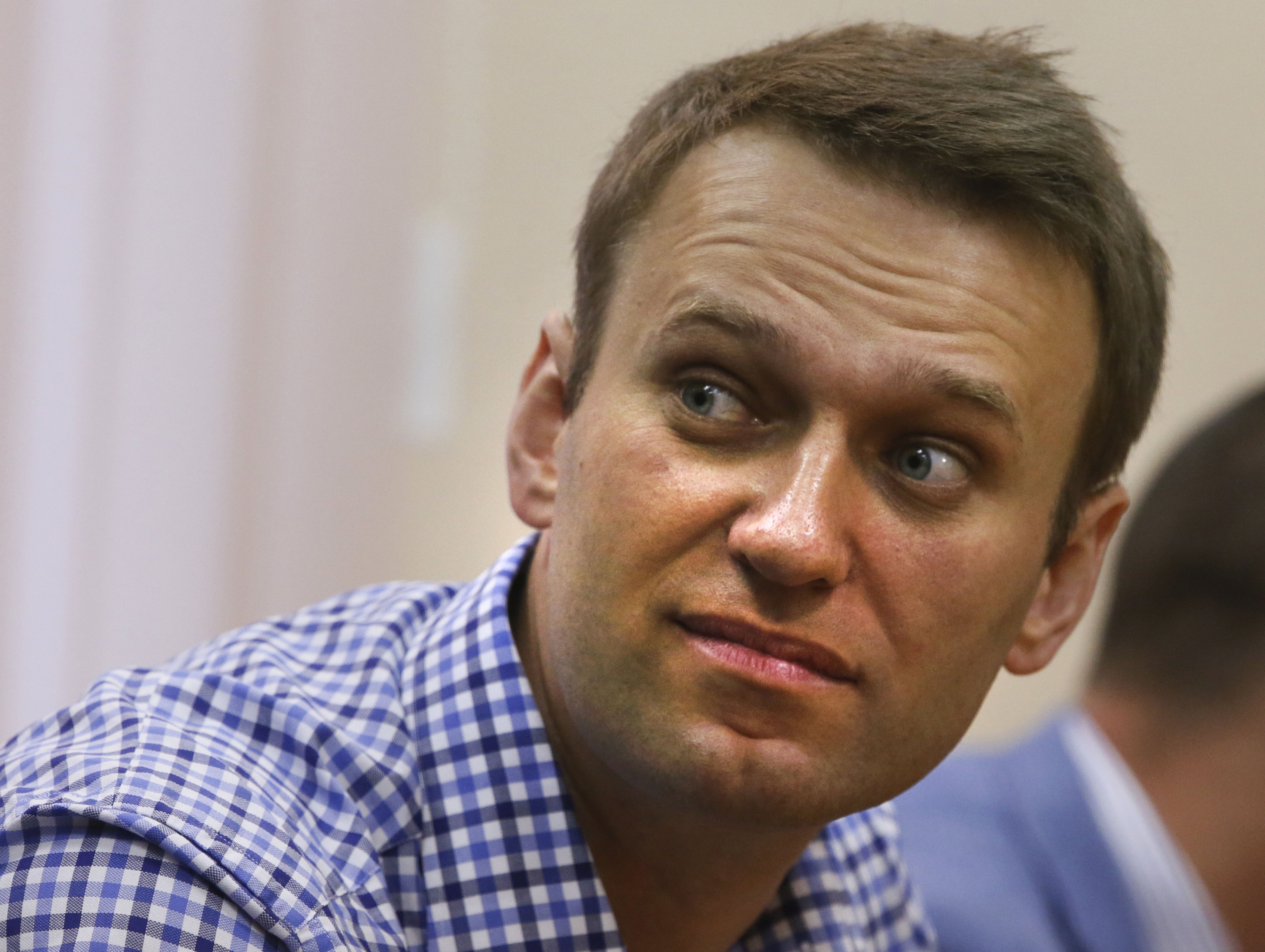 KIROV, Russia Alexei Navalny, one of the Russian opposition's leading figures, was convicted of embezzlement Thursday and sentenced to five years in prison.

Navalny and his supporters claimed the case was politically driven to try to shut down the vehement Kremlin critic and intimidate his supporters.

Navalny was found guilty of heading a group that embezzled 16 million rubles' ($500,000) worth of timber from state-owned company Kirovles in 2009 while he worked as an unpaid adviser to the provincial governor in Kirov, about 470 miles east of Moscow.

The 37-year-old lawyer played with his smartphone for much of the nearly 3 ½-hour verdict reading. A post on his Twitter account after the sentence was pronounced said, "Oh, well. Don't get bored without me. And, importantly, don't be idle ..."

Navalny handed the phone and his watch to his wife, Yulia, before bailiffs took custody of him and co-defendant Pyotr Ofitserov, who was given a four-year sentence.

The case raised criticism of Russia for efforts to stifle opposition.

Several dozen Navalny supporters gathered outside the detention facility soon after the sentencing.

Before the sentencing, Navalny's supporters had said they would rally in Moscow if he were sent to prison. That could provoke a confrontation with police, who routinely crack down harshly on any unsanctioned rallies.

Watch video, at left, posted by Russia-based journalist Miriam Elder of police presence in Moscow for the protests.

CBS News' Tsvetlana Berdnikova reported that police had cordoned off the area around Manezhnaya Square, where protests against the Navalny verdict were to be held. Protesters were not yet gathering but large numbers of police officers were positioned in trucks on a street connected to Manezh square.

"We are deeply disappointed in the conviction of Alexei Navalny and Pyotr Ofitservov and the apparent political motivations in this trial," U.S. Ambassador Michael McFaul said on Facebook.

Navalny, who was a fellow at Yale University in 2010, first came to wide attention for vigorous blogging about corruption. He was a top leader of the wave of massive protest rallies that broke out in late 2011 after a national parliamentary election scarred by allegations of widespread fraud.

It was Navalny who first called the dominant United Russia party "the party of crooks and thieves," a phrase that became a rallying cry for the nascent opposition to Russia's leader, Vladimir Putin.

More recently, he pushed his ambitions by declaring himself a candidate for this fall's Moscow mayoral election.

The head of his campaign staff, Leonid Volkov, told The Associated Press that "our stand agreed upon with the candidate was that in case of a real prison sentence we will not take part in the election campaign."

Russian news reports said Navalny would be taken to a detention facility in Kirov before being sent to a prison.

Navalny's wife appeared composed after seeing her husband taken away in handcuffs, saying, "If someone hopes that Alexei's investigations will cease, that's wrong."

Catherine Ashton, foreign policy chief for the European Union, said she was concerned about the conviction and sentence, saying in a statement that the charges had not been substantiated during the trial.

"This outcome, given the procedural shortcomings, raises serious questions as to the state of the rule of law in Russia," she said.

The Russian stock market, sensitive to politically charged issues, dove within minutes of the verdict, with the main MICEX index dropping 1.4 percent before partly recovering.

The judge said he found the testimony of key prosecution witness Vyacheslav Opalev to be "trustworthy and consistent."

Opalev, who was the timber company's general director, got a suspended sentence in an expedited trial in December after pleading guilty to conspiring with Navalny.

Navalny insists Opalev framed him out of revenge: Navalny had recommended that Opalev be fired and that officials investigate potential corruption in his company, which had incurred 200 million rubles ($6 million) in losses by the time Navalny arrived in the region.

Throughout the trial, testimony of prosecution witnesses clashed with the core arguments of the indictment that claimed Navalny's work in Kirov led to the embezzlement. None of the managers at Kirovles who appeared in court, except for Opalev, was able to confirm that Navalny defrauded the company.

Navalny had long said he expected to be convicted, and in a final blog post before leaving Moscow for Kirov, he downplayed his personal importance to the wider opposition.

"The most important thing is to muster up the strength, shake off laziness and do something. This doesn't require any leadership as such," he wrote.