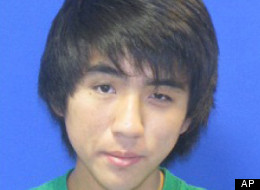 Song was convicted of two of the eight counts against him. He pleaded guilty to disturbing a school and telephone misuse Tuesday morning in Prince George's County Circuit Court.

According to CBS Baltimore, he will be required to have a 9 p.m. curfew, perform 200 hours of community service and be on supervised probation for three years.

The honors student was arrested on March 11 after police said he wrote online that he planned "to kill enough people to make it to national news."

CBS Baltimore reports it took police 12 hours to find Song after receiving numerous phone calls about a student making disturbing threats online. He was traced through the Internet and ultimately to his dorm room. A search of his room and car led to no weapons being found.

Song was subsequently barred from campus. Police said Song told him he was under stress. He was ordered to have an emergency psychiatric evaluation after being apprehended.

The State's Attorney is hoping this case, as well as the recent shootings in Colorado and Wisconsin, encourage laws to be changed in Maryland, CBS Baltimore reported.

"We will go before the General Assembly in January and hopefully they will consider legislation to make it a crime in Maryland to make generalized threats," said state's attorney Angela Alsobrooks.