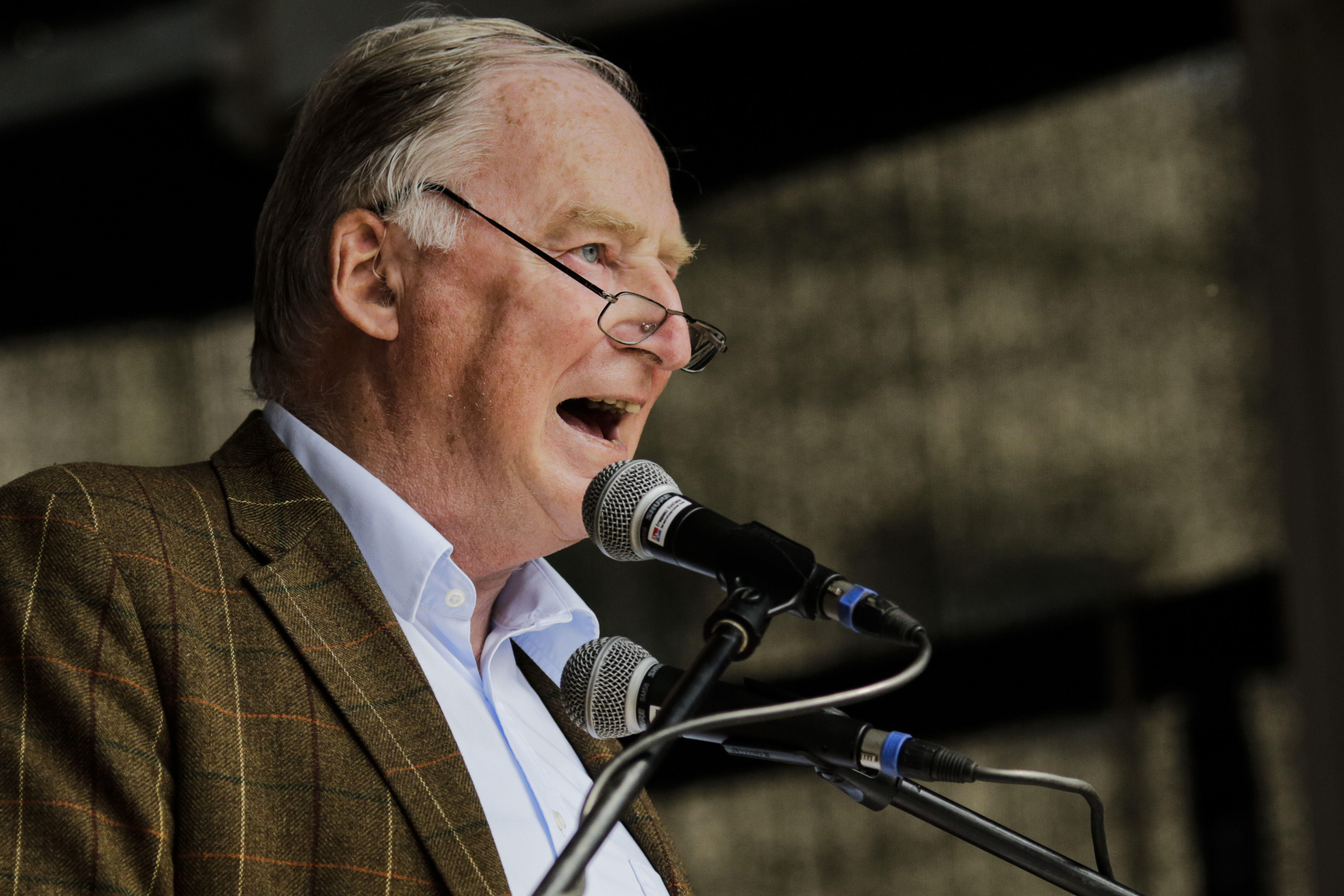 BERLIN -- The co-leader of the far-right nationalist Alternative for Germany party on Saturday dismissed the Nazi era as a "speck of bird poop" in German history, drawing swift condemnation from mainstream politicians and outrage on social media. Alexander Gauland said Germans must take responsibility for 12 years of rule by Adolf Hitler and his Nazi party, but argued that it's only a small part of Germany's history.

"We have a glorious history and it, dear friends, lasted longer than those blasted 12 years," he told a gathering of the party's youth movement, according to the dpa news agency.

"Hitler and the Nazis are just a speck of bird poop in more than 1,000 years of successful German history," he said to applause.

The party, known by its German acronym AfD, became the third largest in Germany's parliament after the 2017 election. It is also the largest opposition party.

Responding to Gauland, the secretary general of Chancellor Angela Merkel's Christian Democratic Party, wrote on Twitter that "50 million victims of war, the Holocaust and total war are just bird poop" for Gauland and his party.

Katrin Göring-Eckardt of the Greens party called Gauland's comments a slap in the face to Holocaust survivors and their descendants and said they highlight the need to push back against a hate-filled minority.

"Those who say they understand the concerns of AfD voters haven't understood anything," she said.

Marco Buschmann of the Free Democratic Party said politicians who systematically play down the Nazi dictatorship and the Holocaust show how bleak their vision for Germany's future is.

Hitler and his party ruled Germany from 1933-1945, in later years engineering the genocide of Jews in Europe. Millions of people were persecuted or perished under Nazi rule, including six million Jews who lost their lives in the Holocaust.