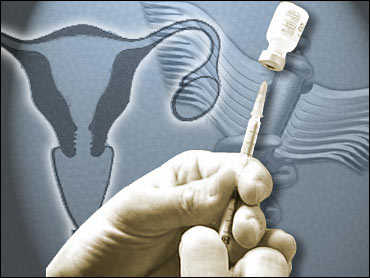 (CBS/AP)
Parents, schools and doctors across the United Kingdom were on alert Tuesday after a 14-year-old English girl died from what appears to have been an extremely rare, severe reaction to the now-common cervical cancer vaccine.

The girl became ill soon after receiving the injection to prevent sexually transmitted human papillomavirus (HPV) on Monday at her school in Coventry, central England. She died in hospital just hours later.

She was given a vaccine called Cervarix manufactured by British drug giant GlaxoSmithKline.

CBS News medical correspondent Dr. Jennifer Ashton says that is not the shot commonly given to American girls, who are usually immunized with a drug made by Merck.

Dr. Ashton tells me that of of more than 23 million doses of the Merck vaccine, Gardasil, given in the United States, there have been less than 800 severe reactions documented. According to a recent article by the Journal of the American Medical Association, 32 of those reactions were deaths - but none of them could be definitively blamed on the vaccine. (Read more on this from "FiercePharma.com")

Gardasil was recently approved for males in the U.S.

In Britain, GSK said it was looking into the exact cause of the death and out of caution it quarantined all the shots of Cervarix from the batch used in Coventry.

"We are working with the Department of Health and MHRA (Medicines and Healthcare products Regulatory Agency) to better understand this case, as at this stage the exact cause of this tragic death is unknown," Glaxo medical director Dr. Pim Kon told British media.

A handful of other girls who received the shot at the same school also reported mild reactions - usually dizziness or nausea. None were hospitalized.

The MHRA, Britain's pharmaceutical watchdog agency, reports a total of 2,137 cases of adverse reactions to Cervarix out of 1.4 doses given in a study released on Sept. 24, 2009.

Of those, most were mild reactions similar to those experienced by the other girls at the Coventry school; pain in the area of the injection, dizziness and other well-known possible side effects.

British health officials urged parents not to panic, but to be extra vigilant for unusual side effects in girls given the jab.