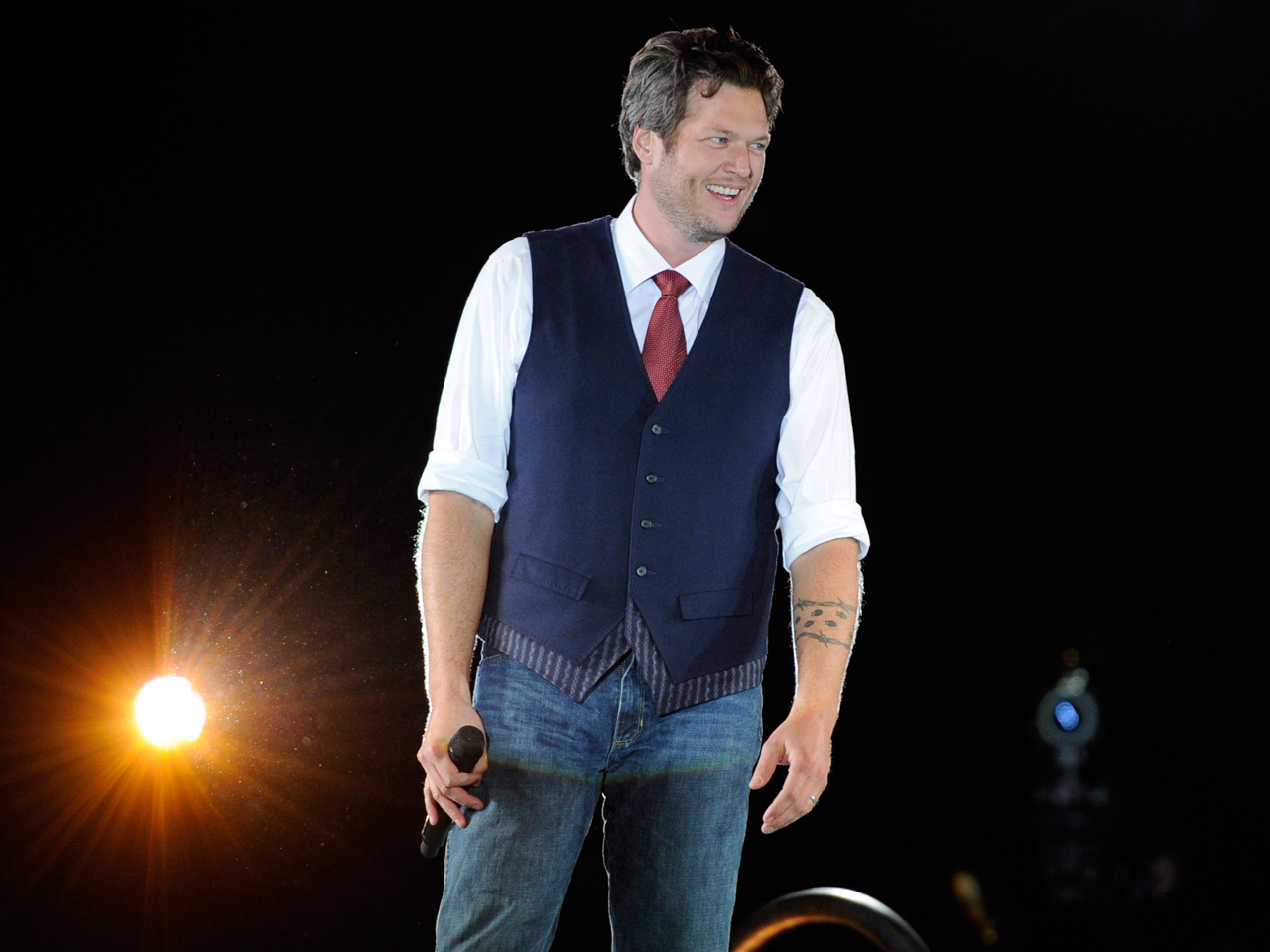 Country music is slow to change, and so are the 6,000 members who vote for the winners of Wednesday night's show. So when they nominated Jason Aldean and Blake Shelton in the entertainer of the year category for the first time, it meant something.

"Every few years you kind of start to see a changeover of everything," Aldean said. "You start to see different people getting into categories they weren't before. It's like the changing of the guard a little bit."

The two rising stars got to the ballot by taking very different paths, but they've both created a buzz around these awards and in the industry.

Aldean built his audience on the road, while Shelton capitalized on several high-profile events, including his role as a coach on TV's "The Voice," to raise his profile beyond the traditional country music audience.

Both have had a string of hits, but with markedly different sounds. Shelton, the reigning CMA male vocalist of the year, is a mellow baritone with something of a traditionalist approach spiked by humor. Aldean cranks up the guitars and mines a newer sound.

It's often de rigueur to feign indifference at award shows, but in this case both are openly appreciative of what even a nomination in the category means.

"I still think it's early," Shelton said. "I think the exposure I've had on `The Voice' and hopefully the exposure I'm giving Nashville and country music in general is probably the reason why people in the industry said, `Hey, you know what? Throw that guy in there.' I'm honored by that."

Defending entertainer Paisley, who co-hosts the awards with Carrie Underwood live at 8 p.m. EST on ABC, he says winning the award is just as cool as he imagined it would be as he patiently waited his turn.

"I really feel like there's only been 44 of those handed out, and to someone who really tries to entertain the people that spend the money on the tickets to a concert, it just felt like the award to win," Paisley said. "For so many years, I wondered if I would get that. And, you know, in that sense, it's one of the proudest things I've ever accomplished, being one of the names written on one of those plaques."

Swift, Aldean, Paisley and Shelton are the top nominees with five apiece.

All five entertainer nominees will perform on a show that promises to be eclectic. Shelton will kick things off with Kenny Loggins on his remake of "Footloose." Vince Gill, Paisley and Urban will salute Glen Campbell, the 1968 CMA entertainer of the year. And Lionel Richie will make his first appearance at the awards since 1986, singing selections from his new country duets album with Rascal Flatts, Darius Rucker and Little Big Town.

Faith Hill will debut a new single, "American Idol" winner Scotty McCreery will take to the stage in front of millions of viewers again and Grace Potter will join Kenny Chesney on song of the year nominee "You and Tequila."

In other awards categories husband-and-wife reigning vocalists of the year Shelton and Miranda Lambert look to repeat, former entertainer of the year winners Loretta Lynn and Alabama are back with nominations in the musical event of the year category and Martina McBride goes for a record fifth win in the female vocalist category.

"For me, I know I grew up watching (the show) and practicing my speech in the mirror into a hairbrush and really just dreaming of being able to walk up on that stage one day and accept an award and hearing your name called," McBride said. "So, it's like literally a dream come true for so many of us."