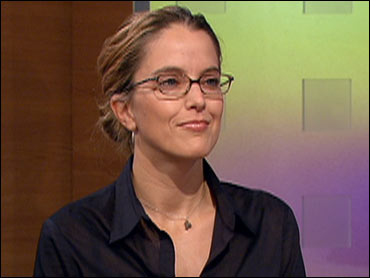 The definition of alcoholism isn't as cut-and-dried as it's been. New studies are prompting experts to reassess exactly what does and doesn't constitute being an alcoholic.

On The Early Show Wednesday, Ph.D., Co-founder and Clinical Director for the Center for Motivation and Change, Carrie Wilkens, told co-anchor Julie Chen, "What's really changed is whether or not people need to sign on for the label of 'alcoholic' in order to get help with their alcohol problems."

Wilkens, who's with the Center for Motivation and Change in Manhattan, explained that, "Alcohol problems fall in a wide spectrum. Some people are drinking relatively low amounts, but incurring consequences that will really add up over the course of time to really harm their lives, all the way to people who are drinking quite a lot and suffering very serious consequences that need to be addressed more directly."

According to The Wall Street Journal, "More than 30 percent of Americans engage in risky drinking at some point in their lives, according to the National Institute on Alcohol Abuse and Alcoholism. But there's no consensus on exactly what an 'alcoholic' is."

The Journal says some experts want "the authoritative American Psychiatric Association's Diagnostic and Statistical Manual of Mental Disorders" in an edition being compiled "to combine abuse and dependence into a single 'alcohol-use disorder' that ranges in severity, taking into account harmful drinking patterns and other symptoms. The aim is for simmering problems to be spotted sooner."

The Journal adds, "NIAAA officials say that, in recognizing a drinking problem, the label 'alcoholic' is less important than harmful patterns of drinking, which they describe as drinking too much, too fast or too much, too often."

"If you're worried that you may be drinking too much, you've already met a key criterion on some screening tests," the Journal points out.

Wilkens says much of it comes down to the consequences of drinking. For instance, "You don't like it when you're wife is upset, you don't like the groggy way you feel, those ten extra pounds because of drinking. Some people will be incurring lots of consequences, even though they hate the way they feel. And they end up doing same thing again, at greater risk."

Wilkens noted to Chen that it generally takes less for women "to start to have problems with alcohol. She will require fewer drinks in order to get there. ... (It's recommended that) women don't drink any more than seven drinks per week and no more than three drinks in a sitting. Whereas, men can drink up to 14 drinks a week without suffering physical consequences associated with their alcohol use, because (women's) bodies just process alcohol differently. We become intoxicated more quickly."

A well-known quickie quiz is called The Cage Test.

"Answering 'yes' to even one of these questions," concluded Wilkens, "suggests you should look at your alcohol use and just question whether or not you need to do something about it."