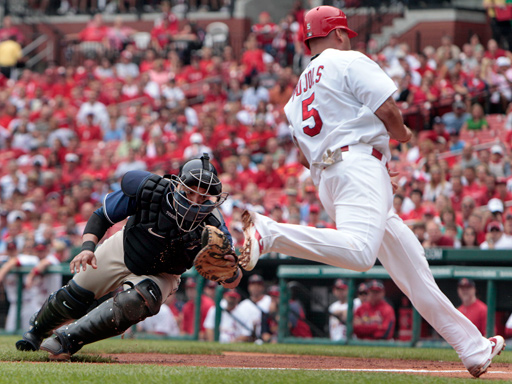 Citing a source, the newspaper says Pujols will announce Tuesday that he will not talk about his contract until after the season, "unless a dramatic change is made."

However, the Cardinals and Pujols' representatives have agreed to a 24-hour extension on contract extension talks out of respect for Stan Musial, according to the AP.

The Cardinals Hall of Famer will be awarded the Presidential Medal of Freedom in Washington on Tuesday and general manager John Mozeliak said Monday the club did not want to distract from Musial's special day.

The 31-year-old Pujols is seeking a contract, perhaps as long as a decade in length, that would make him one of the highest paid players in the major leagues and allow him to retire as a Cardinal.

Pujols is in the final season of his eight-year, $111 million contract.