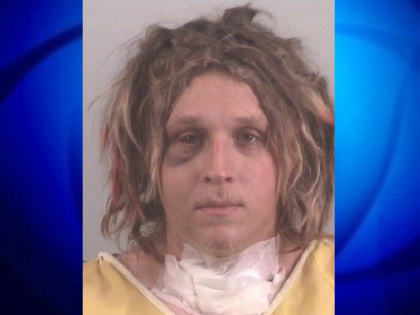 (CBS) TARRANT COUNTY, Texas - Tyler Holder, the teenager suspected of killing his six-year-old neighbor in Texas, has been released from the hospital and transported to jail, CBS DFW reports.

Holder, 17, was booked into the Tarrant County Jail shortly after midnight on Wednesday. He is reportedly still under hospital care after being shot July 23 by police serving an arrest warrant in Alanna Gallagher's death.

Authorities said Holder opened fire and seriously wounded a police detective when they went to arrest him at his Saginaw home. An officer with the Arlington Police Dept. was allegedly shot by Holder in the incident. The officer, Charles Lodatto, received a non-life threatening wound and has since been released from the hospital.

Police allege Holder sexually assaulted and suffocated Alanna before wrapping her nude body in a tarp and dumping it along a residential road in Saginaw. The girl was found July 1 with plastic bags taped around her neck, according to the capital murder arrest warrant affidavit. Holder's DNA matched evidence found on the girl's body and on a belt wrapped around the tarp, according to the affidavit.

Holder's arrest was the culmination of weeks of investigation and turmoil in the Tarrant County neighborhood where Alanna had lived, and it followed the discovery that someone had set fire to a makeshift memorial for the girl and torched a car owned by her family. Authorities have not said whether Holder is responsible for the fire.

He is being held on a million dollar bond.