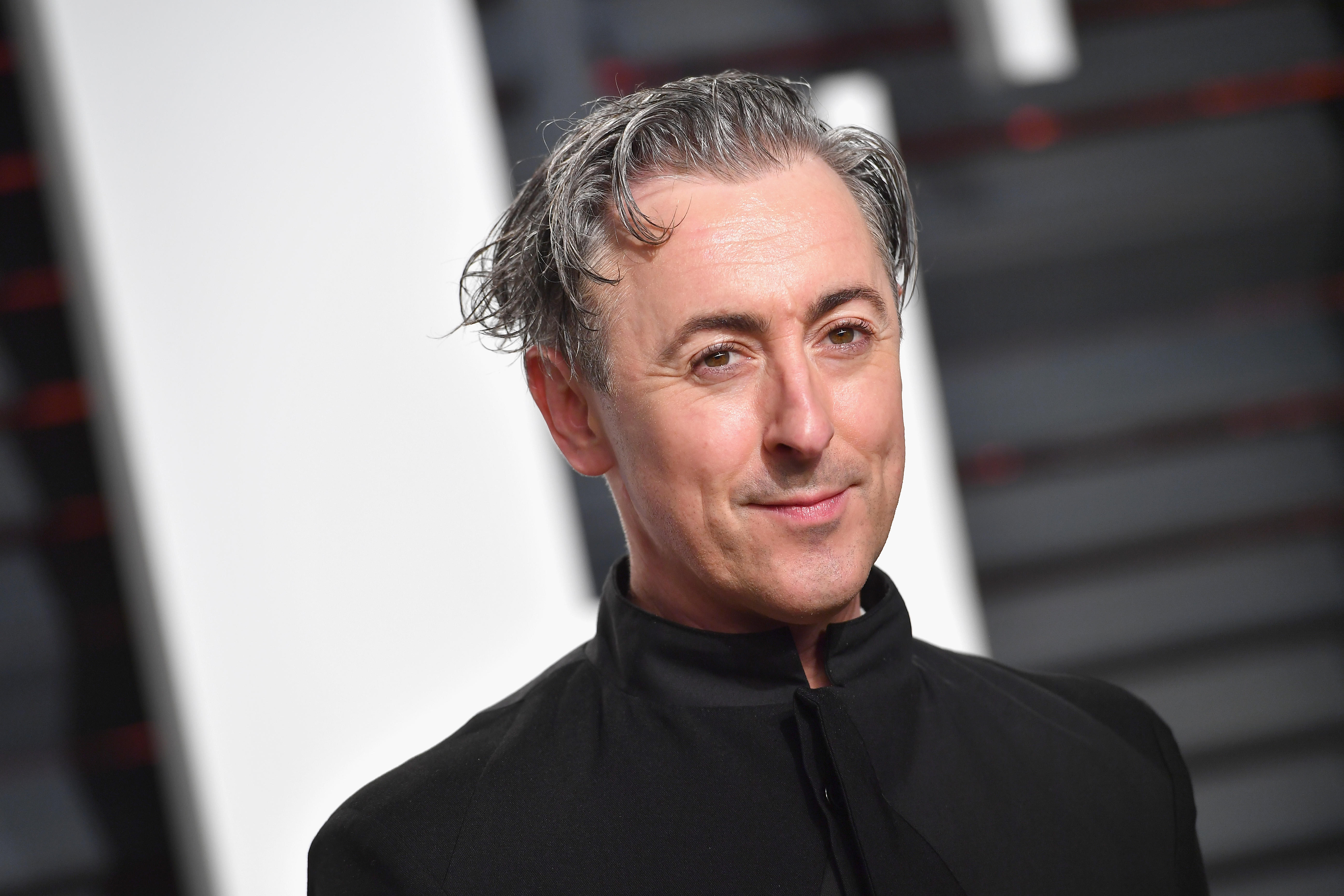 The Scottish-born actor is known for his tireless work with organizations like GLAAD, the Hetrick-Martin Institute, Broadway Cares/Equity Fights AIDS, the Ali Forney Center, the Family Equality Council and more.

This is the first year of the Pride Awards. What can we expect?

It's a celebration of the whole range of people -- individuals and organizations who have contributed to LGBT rights. Vanguards and mentors who spearheaded positivity for LGBT people in society. The range of types of awards is amazing. I know Tegan and Sara are playing.

How did you get connected with the event?

They asked me. I'm an adopted New Yorker and I live downtown, so it makes sense. It's such a new thing and it's amazing that in the time we find ourselves in right now, this whole new kind of awards ceremony to celebrate LGBT people and those who have championed that -- the fact that it's happening in Trump's America right now is really positive. It's a great example of resistance.

Do you have any traditions for Pride Week?

This year for Pride Weekend, I'm in San Francisco with a movie festival and I'm off doing Concert for America, so I'm not in New York. I don't really have any kind of traditions, but usually my friends have a restaurant called Highlands in the West Village and they always have a really great dance party after the parade. I've been to that a few times. I think Pride is a really great thing. I think we should continue that feeling every single day.

You said earlier that it's remarkable that this event is getting its start while Mr. Trump is president. Can you talk more about your concerns about the climate for LGBT people right now in America and around the world?

In terms of the impact around the world, people look to America -- less and less now, of course, since Trump became president. He's an embarrassment to America for people looking at us, but I think certainly his lack of interest in continuing the process of supporting equality in all areas is something that people will look at. That obviously has an effect in America and around the world. Hate crimes against LGBT people -- especially transgender people, especially against people of color -- have rocketed, and of course they would because you have someone who condones those attacks through silence.

I just feel that when you have someone as irrational and pandering to anyone who will keep him in his place of power, that's a very dangerous place if you're in a minority group that recently just had a big surge in equality. If you think the reasons why we have Trump is a massive backlash against people of color in the White House, it's also a backlash against laws during [President Barack] Obama's time and a lot of laws pertaining to the LGBT community.

I feel obviously New York or anywhere near water in America where you have people coming from other cultures, you're not scared or hateful of them, but there are big swathes of America that are still very fearful of the other, and I worry about young kids who are in an environment that says if the president is a bully, then why shouldn't you be?

Your movie "After Louie" is about a gay man who was an AIDS activist in the '80s and '90s and struggles to understand the younger generation of gay men. Do you relate to that at all?

Well, I relate to it because in the film there's a schism of generations. People who have lived through the AIDS epidemic and dealt with people dying all around them, those people and young people today aren't really communicating. That's a sweeping generalization, but there's a problem. Instead of communication between generations -- partly because there's a missing generation of people who would normally pass down stories and be mentors and they have died -- there is a kind of schism.

I think it's a really fascinating thing and that deals with the schism from both sides very eloquently and fairly because some people have massive PTSD from living through the AIDS epidemic and push away young people who weren't there, and young people don't care about history and what has happened in order for them to be where they are today. It makes you realize we both have to reassess how we're feeling about it and engaging people of different generations and accept that there's a massive, massive PTSD of this plague that happened 20 years ago. That's what I related to. I don't feel like my character in that I wasn't in New York then and I didn't have people dying all around me, but I do understand the thing of "If you weren't in the war, you're never going to understand the war" or "Don't push me away because I wasn't in the war, just talk to me." That's what I love about the film.

Any other projects you're working on?

I'm on a new television series on CBS -- I'm back on CBS again! I'm in a show called "Instinct."