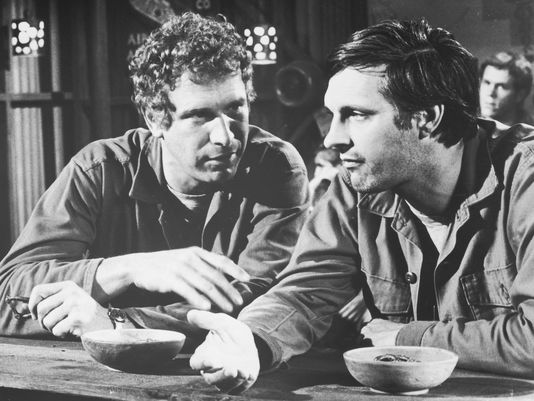 Rogers died Thursday in Los Angeles of complications from pneumonia at age 82.

The two starred together on the 1970s series, with Rogers portraying Trapper John McIntyre alongside Alda's Hawkeye Pierce.

Alda, 79, tweeted Friday: "He was smart, funny, curious and dedicated. We made a pact to give MASH all we had and it bonded us. I loved Wayne. I'll miss him very much."