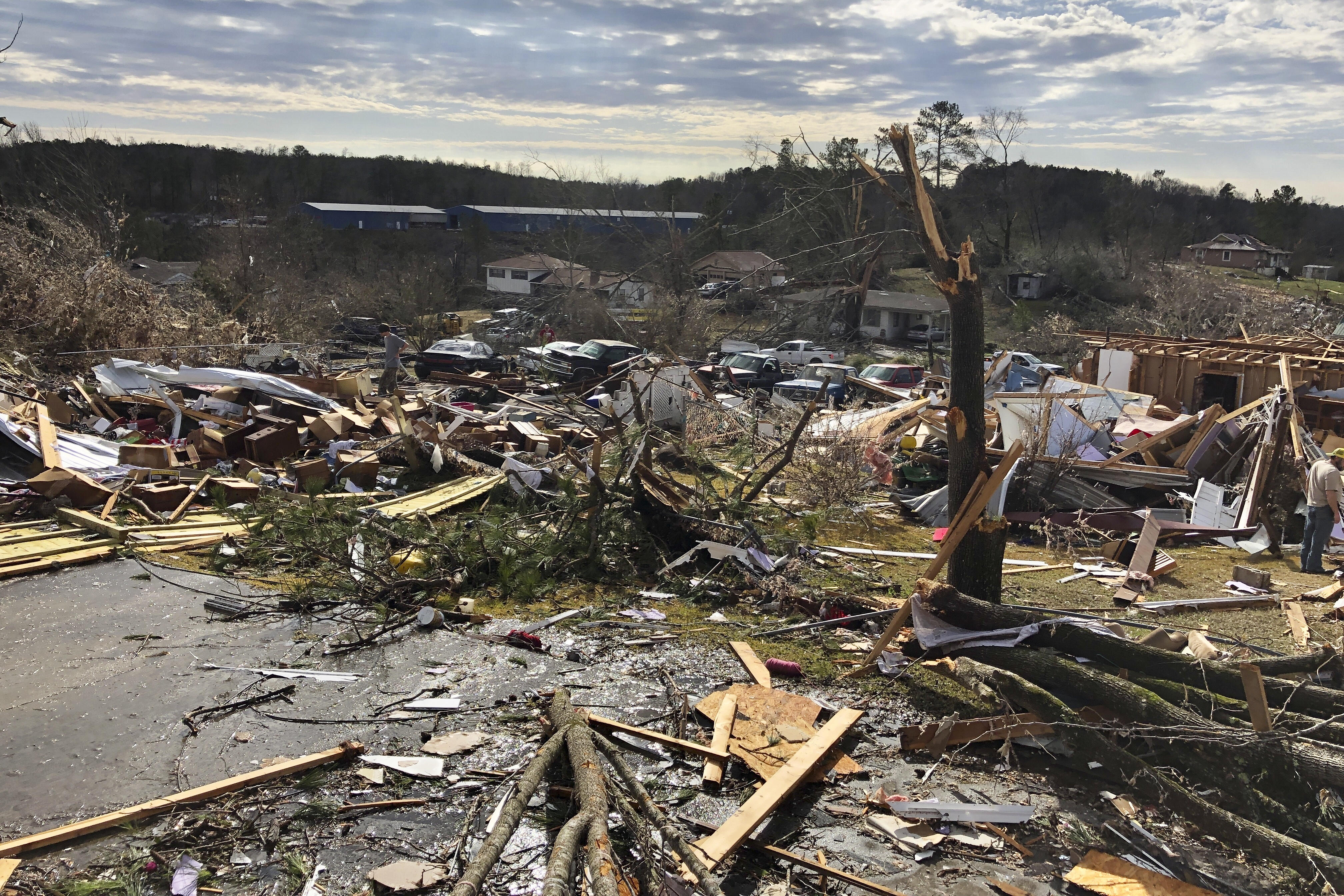 Fultondale, Alabama — A tornado that teared through the city overnight ripped roofs off homes, pulverized walls and scattered debris so high it showed up on radar.

Elliott Hernandez, 14, is the first confirmed fatality. He was hiding with his family in a basement when their home collapsed. Dozens more were injured.

Kim Turner was with her 2-year-old grandson Fisher when she heard the storm intensify.

"The house was just shaking, so I took him to the basement," she said. They got to safety just before a tree crushed their home. She's still emotional recounting their close call.

Steve and Sue Gambla had even less time to prepare, shaken awake by the tornado ripping apart their hotel.

"We prayed and felt the thing, you know, shaking. And my next concern was like, are the two floors above us going to fall down on top of us," Steve Gambla said.

The tornado hit an area that was heavily damaged by a tornado a decade ago. That tornado ripped through Alabama from Tuscaloosa to northern Jefferson County on April 27, 2011, killing 65 people and injuring 1,500.

"The people of Fultondale took a hard hit last night — I'm grieved over the loss of life, injuries, homes & damaged businesses," Alabama Governor Kay Ivey tweeted early Tuesday. "I offer my prayers & deepest sympathies & pledge the full support & resources our state has to offer. I am with you, Fultondale!"

The same storm that spawned the tornado that tore through Alabama rolled through the Midwest. It dumped record-breaking snowfall in Nebraska and had state troopers responding to more than 300 weather-related accidents.

Errol Barnett is a transportation correspondent for CBS News based in New York.