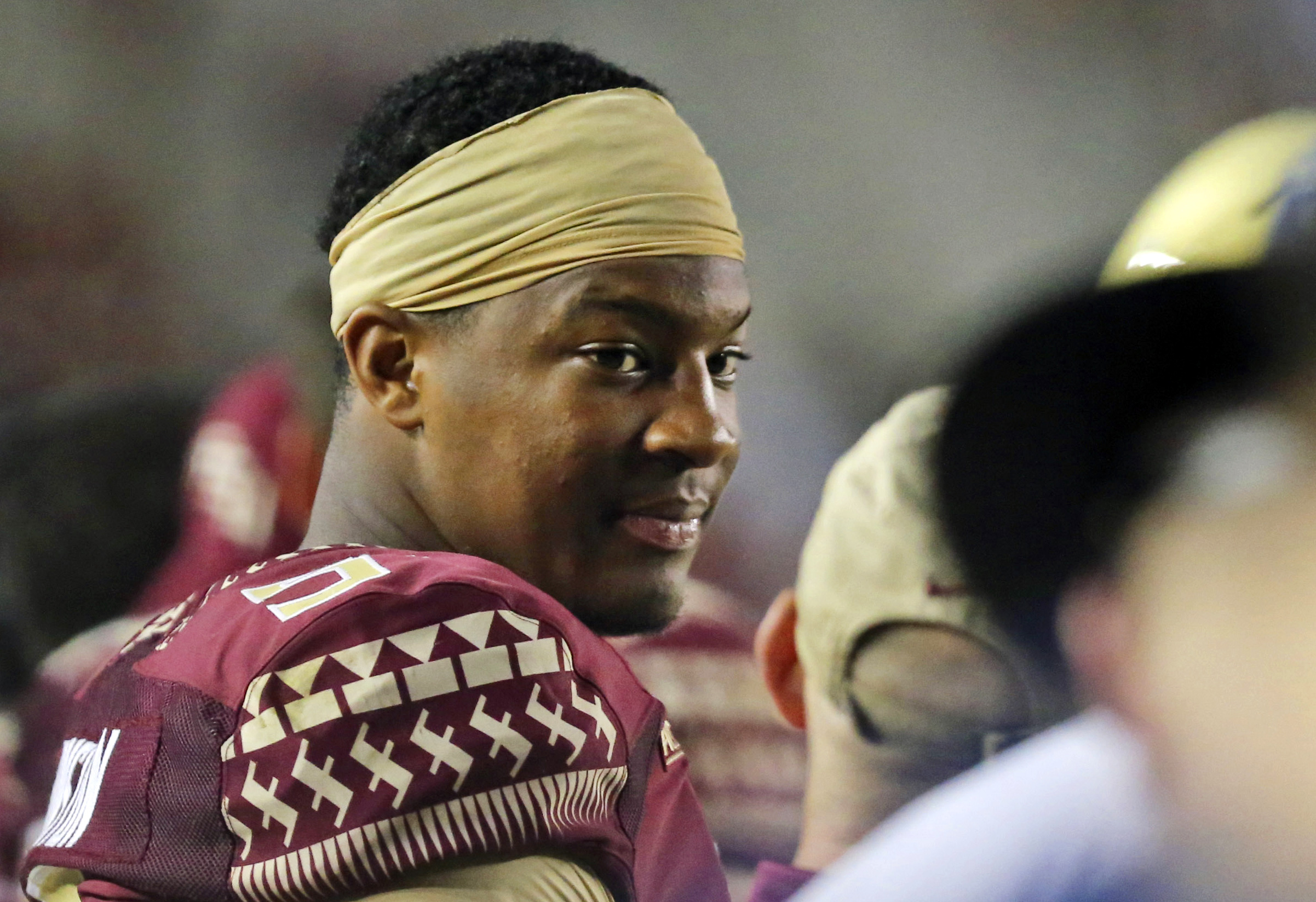 GRAPEVINE, Texas - Alabama, Oregon, Florida State and Ohio State have been selected to play in the first College Football Playoff.

The winners will advance to the national championship game to be played Jan. 12 at the home of the Dallas Cowboys in Arlington, Texas.

The Big 12 co-champs, Baylor and TCU, finished fifth and sixth.

The College Football Playoff is replacing the Bowl Championship Series this season. The BCS matched the top two teams in the country in a national championship game.

The playoff contenders did not make it easy on the committee chairman Jeff Long and his colleagues on the panel by all winning on Saturday.

The committee has been ranking the top 25 weekly since late October's rankings and last week had Alabama and Oregon at the top, followed by TCU and Florida State.

The committee ranks teams differently than traditional college football polls, such as the AP Top 25. Instead of collecting a ballot from each member and tallying votes, the committee ranks small groups by a series of votes. And Long, the athletic director at Arkansas, has said that each week the panel starts with a blank slate.

The great debate for weeks was whether TCU or Baylor would make it into the final four. The Bears beat their Big 12 rivals 61-58 in Waco back in October, but from the start the committee ranked TCU ahead of the Bears, who lost at West Virginia by 14 and played a particularly weak nonconference schedule.

For weeks, Long said that the difference between the Bears and Horned Frogs was not close enough for it to come down to the head-to-head result. But when the season concluded the teams had played 10 common opponents. The Big 12 further muddled the issue by not designating a champion by a tiebreaker. The Bears and Frogs both got a trophy and are called co-champions.

Ohio State has come from the farthest during the season, overcoming an early loss to Virginia Tech to make a strong run. The Buckeyes final statement was a doozy: 59-0 against Wisconsin in the Big Ten championship game Saturday.

"With the championship game, Ohio State demonstrated that they were a total team. They did overcome replacing two quarterbacks, and that's a tremendous statement about the quality of their team. With a conference championship in the Big Ten, with a win over the Western Division champion, Wisconsin, it was decisive for Ohio State to move into that fourth spot," explained committee chair and Arkansas athletic director Jeff Long, according to CBSSports.com's Jerry Palm.

Florida State's unbeaten record hasn't gotten the respect the Seminoles believe it deserves from the committee. The defending national champions are the only undefeated team in FBS. But numerous close calls and comebacks have led the committee to drop the Seminoles in the rankings.

Ultimately, though, the 'Noles will get to defend their championship in the first playoff.