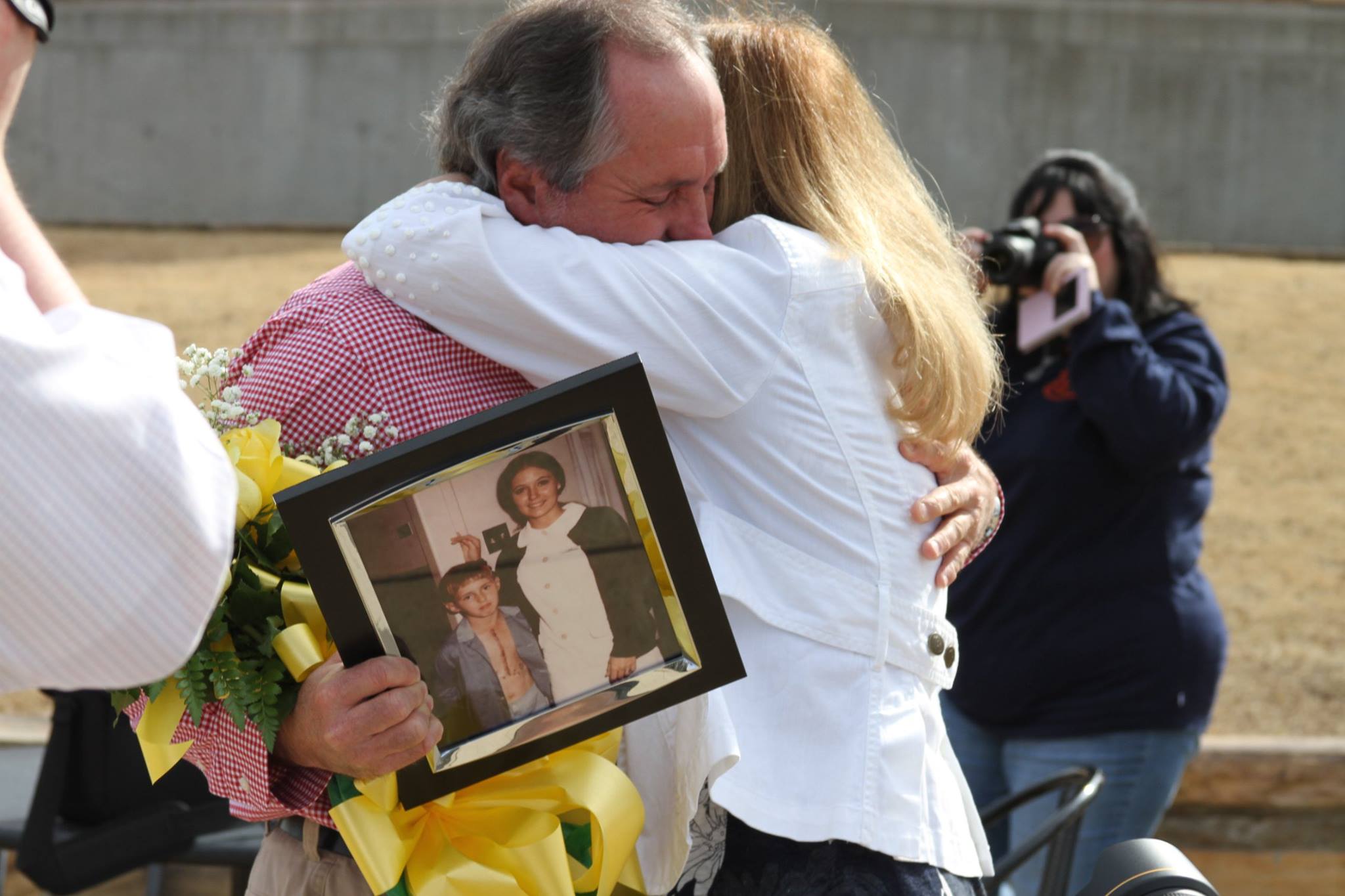 It took 40 years -- and the power of Facebook -- to make this emotional reunion happen. On Sunday, an Alabama man was finally reunited with a nurse who touched his life and helped brighten his traumatic childhood all those years ago.

Gary Bentley was just 10 years old when he underwent open heart surgery at the University of Alabama-Birmingham in 1973. As AL.com reports, doctors discovered he needed the life-saving operation to repair a hole in his heart not long after Bentley and his six siblings had been taken from an abusive home and put into foster care.

He says he never forgot the young nurse named Kathy who helped him through those difficult times.

"She was so sweet to me at a time in my life when I really needed someone to show me that there were good people out there that cared and wanted to help," Gary told AL.com.

But he didn't know her last name, and he lost track of her after he recovered.

Decades passed. Bentley grew up, had a family and settled in Killen, Alabama, where he runs a turtle farming business.

Then last week, his wife Gwen posted an old photo on Facebook. It showed Gary Bentley as a young boy with a fresh surgical scar running down his chest and a smiling nurse by his side.

"I am trying to find the sweet hubby's first love, his nurse who took care of him when he had open heart surgery in 1973," Gwen wrote. She said her husband "would love to find her and thank her for her kindness!"

It didn't take long for the photo to go viral and get picked up by local media. Within days, it was spotted by nurse Kathy Henricks' college roommate, who alerted her to the story. Plans were set into motion, and the two finally had an emotional reunion at a Birmingham park on Sunday.

"The fact that anybody would go to the depths that he did to try to locate me, to thank me, it was just incredible," Henricks told AL.com. "I just can't imagine." Henricks, who still works as a cardiac nurse, said she had no idea the impact that her kindness and care had made on one young patient so many years ago.

"She went way beyond the duty of a nurse, with her smile," Bentley told the paper. "I looked forward to it every day."

The story has also inspired a hashtag -- #NurseKathy -- started by Gwen Bentley to draw attention to the life-changing but often overlooked work nurses do every day. "There are so many ‪#‎NurseKathy‬ nurses out there! They don't get nearly enough credit for doing the work of angels!" she wrote, and encouraged others to share their stories.