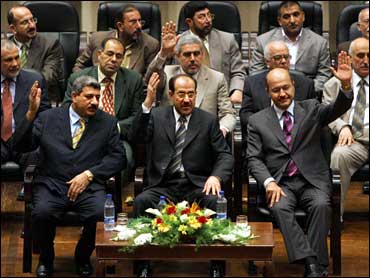 Midway through the season, Alabama freshman Rod Grizzard asked coach Mark Gottfried what his role with the Crimson Tide was supposed to be.

Gottfried left it up to him.

"I didn't know if I was supposed to be a leader or a follower, and coach asked me what I thought, and I said, `I guess I ought to be a leader,"' Grizzard said.

He was on Tuesday night, scoring 25 points and matching Auburn's Chris Porter basket for basket in Alabama's 68-64 upset over the 11th-ranked Tigers. It snapped the Crimson Tide's four-game losing streak to Auburn.

"Grizzard was really the difference tonight," said Porter, who led Auburn with 21 points and 12 rebounds. "He came to play and he made some really big shots."

Terrance Meade made two free throws with 3.8 seconds to play to seal the win for Alabama (12-13, 5-8 Southeastern Conference).

Alabama's crowd its first sellout of the season stormed the court Gottfried grabbed a microphone and thanked the fans for coming.

"We came in here tonight with 11 wins, and still when we came in for the shootaround at 1 this afternoon, there were 40 or 50 students already here," Gottfried said. "That support means a lot to this team."

Pohlman and Doc Robinson both missed 3-point attempts at the other end Robinson's was partially blocked by Grizzard and the ball went out of bounds. Meade was fouled on the inbound pass and made both his shots.

Robinson and Pohlman both missed 3s again at the other end and Alabama got the rebounoff Pohlman's miss.

"We had good looks, that's all you can ask for," said Auburn coach Cliff Ellis said. "That game could have gone either way. We had the lead inside of a couple of minutes and we got looks, we just came up short."

Meade and Schea Cotton scored 13 points each for Alabama and Erwin Dudley had 12.

Robinson scored 11 for Auburn. Pohlman and Mack McGadney had 10 each.

The loss was costly for Auburn, which saw 7-foot senior center Mamadou N'diaye go down with a knee injury midway through the first half. N'diaye was caught in a collision under the basket on Schea Cotton's driving layup and Ellis said he sprained ligaments in his left knee.

It also opened the door for No. 15 LSU to move into a tie with Auburn for the SEC West lead with a win Wednesday at South Carolina.

Ellis said N'diaye and senior forward Daymeon Fishback who didn't start Tuesday because of a cyst on his knee are both doubtful for Sunday's game at No. 9 Florida.

"I'm concerned about our team's health, but I don't want to take away from what Alabama did," Ellis said. "We've got some battles left and we've got a couple of guys we need to get healthy."

Auburn, the preseason pick to win the SEC, still must play Florida, LSU and at Arkansas.

With N'diaye out, the Tide first tried to move inside and attack the glass. When that didn't work, Alabama pushed its game outside in the second half and found success with a succession of 3-pointers and 15-foot jumpers to build a 52-46 lead its largest of the game with 8:45 to play.

It then turned into the Porter vs. Grizzard show. For every layup Porter muscled in, Grizzard answered with a long jumper or a 3.

"I guess it's just having confidence in your shot,' Grizzard said. "Coach said `Shoot the ball, it'll come,' and that's what I did."