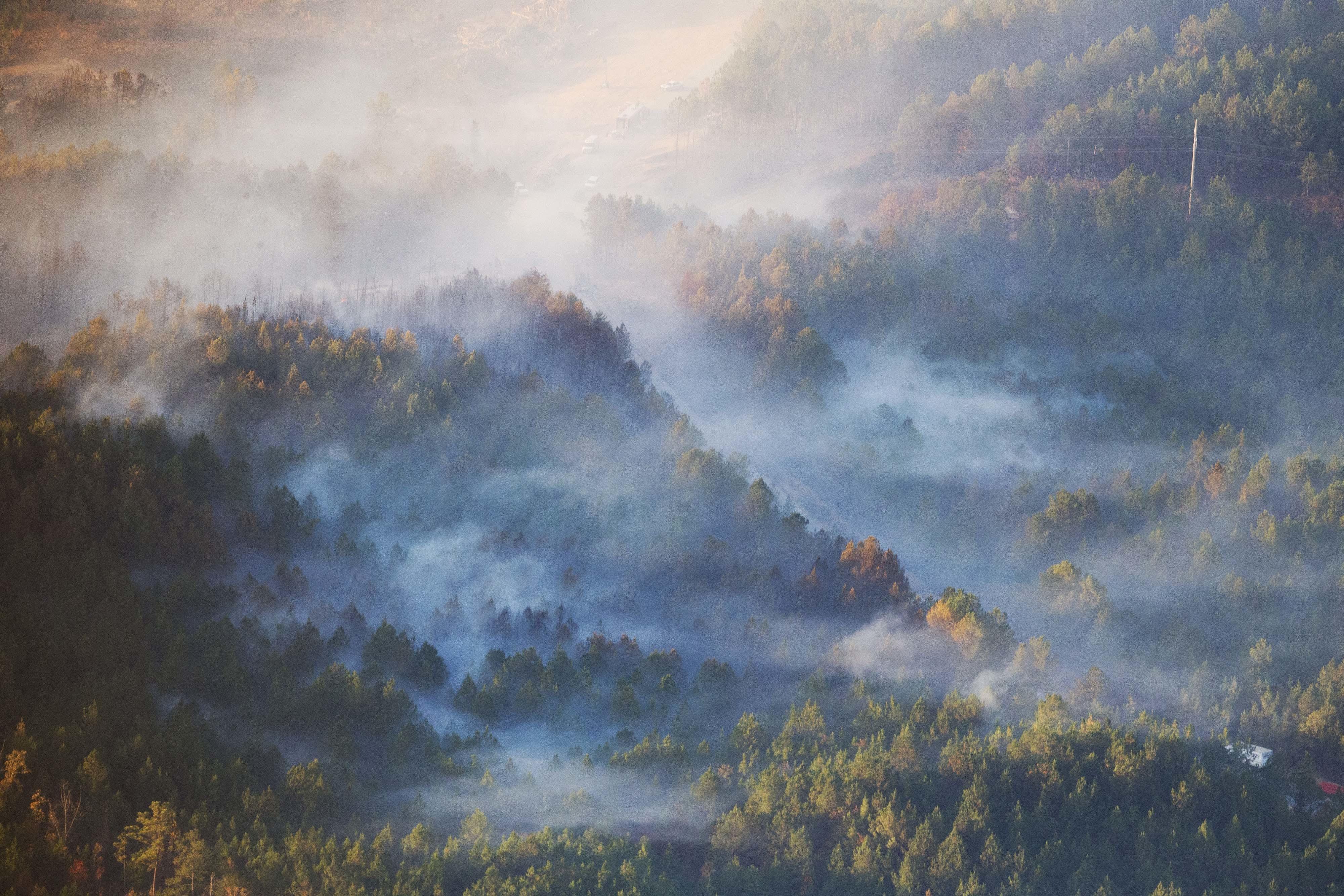 MONTGOMERY, Ala. -- Governor Robert Bentley on Tuesday declared a State of Emergency for Alabama due to Monday’s explosion and fire at the Colonial Pipeline in Shelby County, CBS affiliate WIAT reports.

A release from the Governor’s website stated the The State of Emergency is effective November 1, 2016 through December 1, 2016 unless sooner terminated.

The fatal explosion that sparked a geyser of fire has shut down a vital pipeline supplying gasoline to millions of people across the Southeast, raising fears of another round of gas shortages and price increases after the pipeline’s second accident and shutdown in two months.

David Butler with the Cahaba Riverkeeper said at this point, they do not see any impact to the river or Shades Creek. Precautionary booms were set up around the explosion site to minimize any chance of fuel getting into the water system.

“Our concern is if the fire goes out, you have free gasoline moving across the ground again,” Butler said.

The accident happened when a dirt-moving track hoe struck the pipeline, ignited gasoline and sparked a blast Monday, killing one worker and injuring five others, Georgia-based Colonial Pipeline said. Flames and black smoke continued to soar on Tuesday, and firefighters built an earthen berm to contain the burning fuel.

Four of the injured remained hospitalized, Colonial spokesman Bill Berry said at a Tuesday afternoon news conference in nearby Helena, Alabama. UAB Hospital, where the injured were treated, declined to release information on the patients, citing requests by their families for privacy.

Another worker was treated for less-severe injuries and release from a hospital, Berry said.

The explosion happened a few miles from where the Colonial pipeline sprung a leak and spilled 252,000 to 336,000 gallons of gasoline in September. After the leak, the company used one of Colonial’s two main lines to move gasoline as it made repairs, but it still led to days of dry pumps and higher gas prices in Alabama, Georgia, Tennessee and the Carolinas while repairs were made.

The contractors were working on repairs related to the September leak when gasoline ignited and spread fire to the pipeline, the U.S. Pipeline and Hazardous Materials Safety Administration said Tuesday.

The nine-member crew was using the track hoe to excavate the pipeline so that permanent repairs from the September leak could be made, Colonial Pipeline executive Gerald Beck said. The machine struck the pipeline, touching off the explosion, he said.

The pipeline provides nearly 40 percent of the region’s gasoline and usually runs at or near full capacity. Together Colonial’s two lines carry more than 2 million barrels of fuel a day.

By mid-day Tuesday, Colonial Pipeline said it was able to restart the second of its two main lines, which carries diesel fuel and jet fuel.

The severity of the gasoline shortage will depend on how long the gasoline pipeline remains closed, AAA spokesman Mark Jenkins said.

After the September leak, Colonial said it made up some of the gasoline shortfall by sending gas through the line that usually carries diesel and jet fuel. The company has not said whether it will do so again.

“We would encourage drivers not to panic, so don’t run to the gas station and start filling up every gas can you can,” said AAA spokeswoman Tamra Johnson.

Colonial Pipeline, based in Alpharetta, Georgia, operates 5,599 miles of pipelines, transporting gasoline, jet fuel, home heating oil and other hazardous liquids daily in 13 states and the District of Columbia, according to company filings.

Plagued by a severe drought after weeks without rain, the section of Alabama where the explosion happened has been scarred by multiple wildfires in recent weeks, and crews worked to keep the blaze from spreading.

Pete Valenti, deputy fire chief in Helena, said the pipeline was spewing a geyser of flame several hundred feet into the air when crews arrived.

“There was a hole in the pipeline. Product was just shooting out,” he said.

From 3,000 feet in the air, a flame could be seen still burning in a haze of smoke Tuesday. An AP photographer flew over the site that morning and also saw trucks parked near the pipeline covered in gray ash.

Photographer Brynn Anderson said the blackened earth and a large area of charred trees are surrounded by other trees awash in fall colors just beyond the burned area, showing a stark contrast.

Alabama Gov. Robert Bentley and Georgia Gov. Nathan Deal temporarily eased limits on the hours that truckers carrying gasoline may drive. Other governors took similar action following the September leak, which allowed truckers to transport more gasoline by highways, making up for some of the shortage.

McCrory, a Republican, and Cooper, a Democrat, are rivals in the 2016 governor’s race.