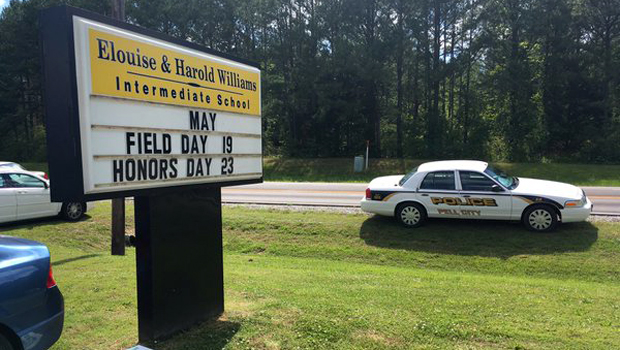 PELL CITY, Ala. -- Authorities say a 13-year-old girl died after collapsing at a school in Pell City Thursday.

CBS Birmingham affiliate WIAT-TV reports the girl was participating in field day activities at Williams Intermediate School when she collapsed.

The girl had been playing tug-of-war when she fell to the ground, Pell City police told the station.

She has been identified as Maddison Wentworth, WIAT-TV reports.

The girl's cause of death is unclear.

Amanda Garrett's daughter was on the opposite tug-of-war team. Garrett told the station her daughter heard the girl complain of a headache and dizziness before she collapsed.

Garrett said her daughter told her that children were able to get water if they went inside near the restrooms or paid for bottled water at the field day.