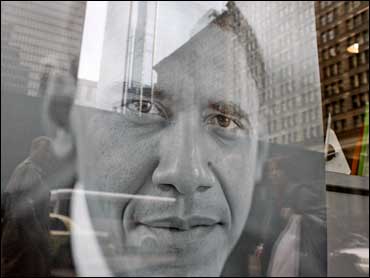 In central Alabama's Perry County, government workers already get a day off for President's Day, Martin Luther King Day, and Veterans Day. In 2009, they'll get one more: "Barack Obama Day."

The rural county, which overwhelmingly supported Obama in last month's presidential election, has approved the second Monday in November as "The Barack Obama Day." Commissioners passed a measure that would close county offices for the new annual holiday and its roughly 40 workers will get a paid day off.

Sponsoring commissioner Albert Turner Jr. said the holiday is meant to highlight the Democratic president-elect's victory as a way to give people faith that difficult goals can be achieved.

Perry County has 12,000 residents, most of them black. Voters there backed Obama by over 70 percent in a state that gave 60 percent of the overall vote to Republican John McCain based largely on strong support from white voters.

At the state level, Alabama observes the standard federal holidays as well as a handful of its own that include Confederate Memorial Day in April and the June birthday of Confederate President Jefferson Davis. It observes Martin Luther King's birthday in January but the holiday is twinned with commemoration of Confederate Gen. Robert E. Lee on the same day.

The Perry County Commission's three black members and one of its two white members voted for the Obama holiday.

Commissioner Brett Harrison said Wednesday he voted against the resolution because of the costs to the county, which has a $2.2 million annual payroll and is one of the poorest in the state. He said closing the courthouse would also idle some state employees.

"I'm a Democrat, but just in these financial times, it's not using the county's money wisely," Harrison told The Associated Press by phone Wednesday. "The recognition is certainly well-founded."

Turner said copies of the resolution, adopted at a Nov. 25 meeting, have been mailed to Obama and his transition team.