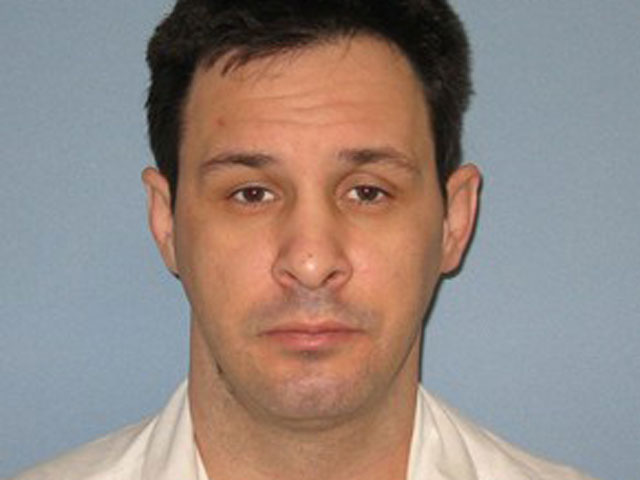 (CBS/AP) ATMORE, Ala. - Christopher T. Johnson, an Alabama man who testified that he killed his infant son at his family's home because he hated his wife, was executed saying his last words Thursday - "Game over."

Johnson, 38, was administered a lethal injection and pronounced dead at 6:25 p.m. CDT Thursday at Holman prison in Atmore, authorities said. Johnson had filed court papers in May saying he didn't want anyone to try to block the execution. Also, authorities said he made no 11th-hour attempt to stop it.

Johnson, who represented himself during part of his trial, was convicted in the February 2005 for the beating and suffocation death of his 6-month-old son Elias Ocean Johnson. He testified at trial that he hated his wife who was also the child's mother and didn't want to be near her. He also testified that he didn't want to worry about his wife's threats of putting him in jail for alimony or child support.

His wife, Dana Johnson, did not attend the execution.

At the prison, when the warden asked whether he had any last words, Johsnon responded: "Game over."

Johnson was executed not far from where he lived in Atmore, a small community near the Alabama-Florida border about 50 miles northeast of Mobile.

At Johnson's trial, prosecutors presented medical testimony that the baby had numerous injuries and had suffered three hard blows to the head.

The court also heard that the infant was found unresponsive on a couch where Johnson had fallen asleep the day the child died, according to authorities. According to court records, Johnson told Atmore police that he had earlier tried to get the baby to stop crying by placing his hand over Elias' mouth and by sticking his fingers down the child's throat.

Johnson was the sixth person to be executed in Alabama this year.