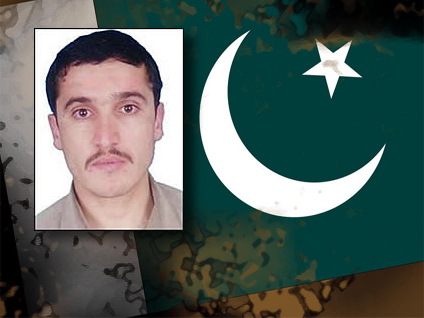 WASHINGTON — Al Qaeda's second-in-command, Atiyah Abd al-Rahman, has been killed in Pakistan, delivering another big blow to a terrorist group that the U.S. believes to be on the verge of defeat, a senior Obama administration official said Saturday.

The Libyan national who was the network's former operational leader rose to al Qaeda's No. 2 spot after the U.S. killed al Qaeda leader Osama bin Laden during a raid on his Pakistan compound in May.

Al-Rahman was killed Aug. 22 in the lawless Pakistani tribal region of Waziristan, according to the official, who insisted on anonymity to discuss intelligence issues.

The official would not say how al-Rahman was killed. But his death came on the same day that a CIA drone strike was reported in Waziristan. Such strikes by unmanned aircraft are Washington's weapon of choice for killing terrorists in the mountainous, hard-to-reach area along the Pakistan-Afghanistan border.

Al-Rahman, believed to be in his mid-30s, was a close confidant of bin Laden and once served as bin Laden's emissary to Iran.

A U.S. official told CBS News al-Rahman spoke on behalf of both Osama bin Laden and Ayman Mohammed Rabie al-Zawahiri, and was the one affiliates "knew and trusted."

"There's no question this is a major blow to al Qaeda," the official told CBS News Homeland Security correspondent Bob Orr. "Atiyah was at the top of al Qaeda's trusted core. He ran daily operations for the group since Shaykh Sa'id al-Masri was killed last year, and has been Zawahiri's second-in-command since Bin Laden's death in May."

"He planned the details of al Qaeda operations and its propaganda," the official told CBS News. "His combination of background, experience, and abilities are unique in al Qaeda - without question, they will not be easily replaced.

"Zawahiri needed Atiyah's experience and connections to help manage al Qaeda; now it will be even harder for him to consolidate control."

Al-Rahman was allowed to move freely in and out of Iran as part of that arrangement and had been operating out of Waziristan for some time, officials have said.

A Pakistani intelligence official reacting to the news of al-Rahman's death told CBS News' Farhan Bokhari that al-Rahman's profile within al Qaeda was nowhere near that of the former deputy leader, Ayman al-Zawahiri, who rose to head the terror group after Osama bin Laden's death earlier this year.

"This man was still settling in the job. He had nowhere near the clout that Ayman al-Zawahiri had as deputy leader of al Qaeda," said the Pakistani official, who spoke to CBS News on condition of anonymity.

A European diplomat based in Islamabad who has regular access to intelligence information on activities of al Qaeda and the Taliban agreed with the Pakistani official's assessment. "This was still the settling-in period for this guy. I think it would be a bit of an exaggeration to assume that his killing will cause al Qaeda to crumble," said the European official who spoke to CBS News on condition of anonymity.

Neither official said they could independently verify U.S. officials' claims that al-Rahman was killed.

Born in Libya, al-Rahman joined bin Laden as a teenager in Afghanistan to fight the Soviet Union.

Defense Secretary Leon Panetta said last month that al Qaeda's defeat was within reach if the U.S. could mount a string of successful attacks on the group's weakened leadership.

"Now is the moment, following what happened with bin Laden, to put maximum pressure on them," Panetta said, "because I do believe that if we continue this effort we can really cripple al Qaeda as a major threat."