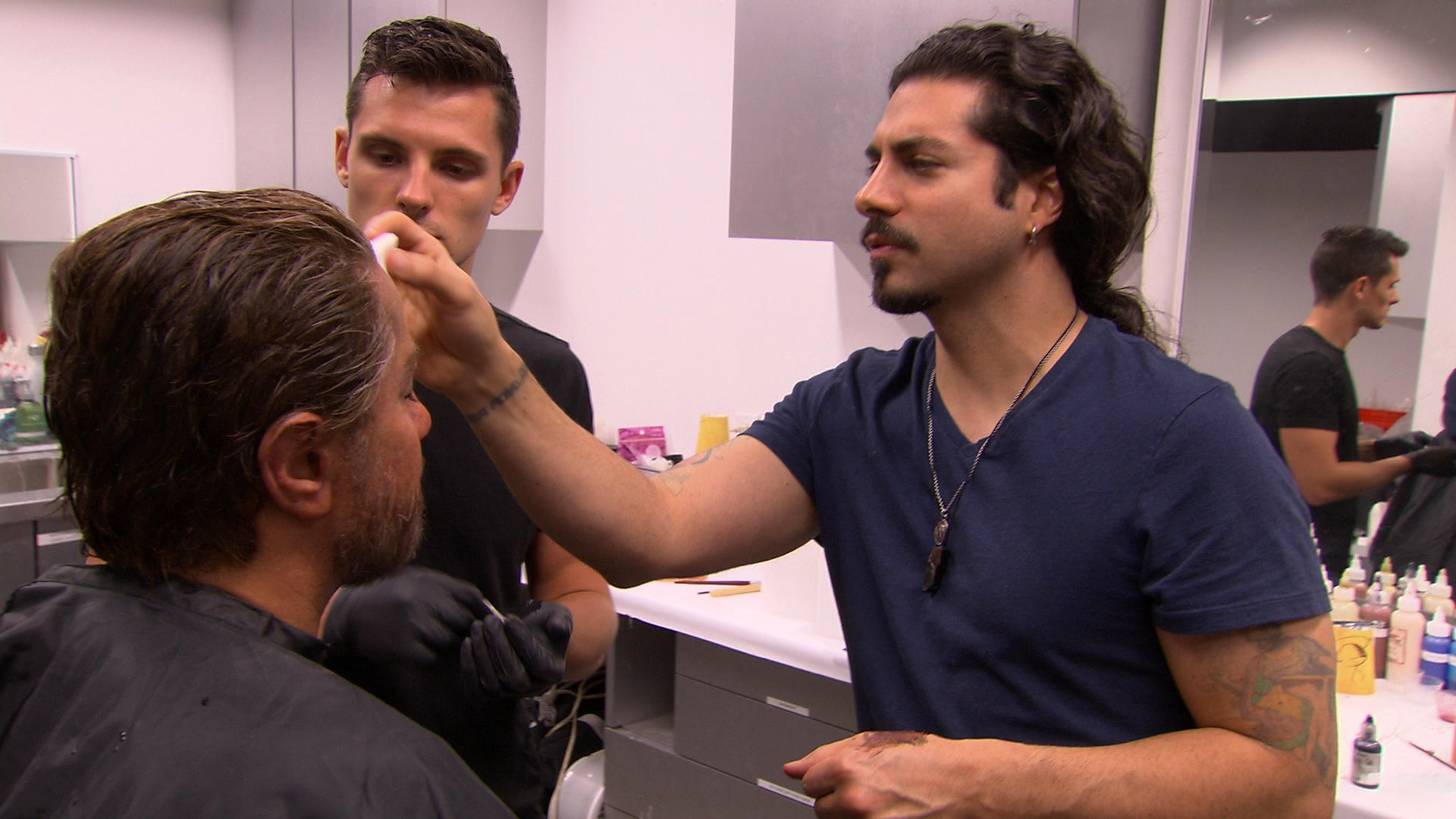 Tamer Elnoury – the bearded man in the video above – is dead.

Well, not the man himself, but the FBI alias that Elnoury has used for several years has been retired, and 60 Minutes will not reveal his true identity. That's a national secret.

"Tamer Elnoury is one of dozens of cover names that he's used in his job working undercover for the FBI, doing terrorism cases, covering al Qaeda and ISIS" with the FBI's National Security Covert Operations Unit, says 60 Minutes producer Henry Schuster, who produced this week's story about Elnoury, "Inside al Qaeda."

The alias was retired after Elnoury testified in a 2015 trial in Toronto against two al Qaeda terrorists, Chiheb Esseghaier and Raed Jaser. Extreme measures were taken by the judge to protect Elnoury's safety and true identity.

"When the case in Canada went to trial, he testified for three weeks and the courtroom was cleared except for the attorneys, the jury, the judge, and him and the defendants," Schuster says. "The reporters listened in an adjoining room, and they signed agreements that they would not record his voice in any circumstance."

In order for 60 Minutes to protect Elnoury's identity, his face was altered through hours of meticulous special effects makeup, done by a company called Prosthetic Renaissance. 60 Minutes had worked with the company in 2012, when Scott Pelley interviewed a Navy SEAL, in disguise, about the raid on Osama bin Laden's compound.

The process started weeks before, when a mold was made of Elnoury's face, and the resulting mask was used to guide the makeup artists in determining how to best alter his appearance.

"It's not, like, a 'Mission Impossible' mask that you just fold on the face and lift off," says Rachael Morehouse, associate producer of "Inside al Qaeda." "It's different pieces. You're changing the shape and the structure of the face with these different little elements that they're putting on."

As an undercover FBI operative in the field, Elnoury never disguised his face. Instead, he would take on new identities with invented histories and back stories that the FBI calls creating a "legend."

Elnoury was already an undercover cop working drug and corruption cases when the FBI started using him. They assigned him to the Joint Terrorism Task Force in New York and sent him to undercover school to prepare for his work penetrating al Qaeda and, later, ISIS.

Acting lessons helped Elnoury play his undercover parts convincingly. Elnoury says he balked when the FBI told him that he and other undercovers were going to enroll in a Hollywood acting studio, but Elnoury came to see how it transformed his "undercover game," allowing him to "draw on emotions that are already within," he tells correspondent Scott Pelley.

"[Acting teacher Howard Fine] helped us focus on characters where our legends came to life with real emotion. I have no doubt his training saved my life as much as training I got from the FBI," Elnoury wrote in his recent book American Radical.

In 2012, the FBI tasked Elnoury with investigating Chiheb Esseghaier, a suspected terrorist, who Canadian Intelligence and the FBI believed was recruiting for al Qaeda.

The two met on a flight from Houston to San Jose, California. During the flight, Elnoury sought to make himself appear recruitable to al Qaeda, and it worked. Over a period of 10 months, Elnoury befriended Esseghaier, getting him to disclose that he was meeting with senior al Qaeda leaders in Iran; and reveal that he was planning an attack on a train outside Toronto.

In the video below, Elnoury tells Scott Pelly how he got Esseghaier to trust and believe him by drawing on his acting skills, describing to the terrorist how his own radicalization began as a result of the death of his mother.

So why would an undercover FBI operative—a man who has spent a career protecting and masking his identity—write a book and agree to a 60 Minutes interview? Elnoury tells Scott Pelley that he wants people to understand "the differences between radical Islam and the true tenets of the religion."

"We're not at war with Islam. We're at war with radicals," he says, "I am a Muslim. I am an American. And I've been serving my country for 22 years and counting. And I am appalled at what these animals are doing to my country while desecrating my religion."

Schuster says Elnoury "feels incredibly strongly" about putting his life and career on the line to tell his story because "it's very important for him to let people know that [terrorism] is not Islam."

The FBI conducted a "threat assessment" to make sure Elnoury's true identity was safe and secure after the publication of his book and this 60 Minutes interview. But for now, Elnoury has decided to focus on helping others train for undercover assignments.

"I'm confident that even if I never get in front of another subject again in an undercover capacity, I still have a few good years left in me," he says, "and there's a lot that I can do in this work right now."

These videos were originally published on October 22, 2017.

The Great Pacific Garbage Patch isn't what you think