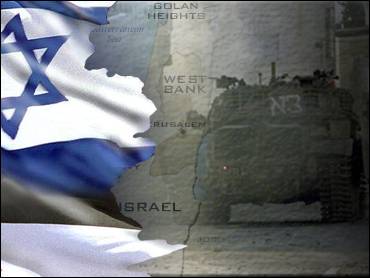 "Hamas has fallen in the swamp of surrender," Ayman al-Zawahri said, according to the excerpts broadcast by the Qatari-based channel

Al-Jazeera did not say how it obtained the audio recording and its authenticity could not be immediately verified. Excerpts broadcast were no longer than five minutes.

"I'm sorry to face the Islamic community with the painful truth, to offer condolences in the leadership of Hamas ... Hamas has fallen in the swamp of surrender," Osama bin Laden's lieutenant said.

Olmert said Sunday he was ready to "treat seriously" a dormant Saudi initiative calling for a comprehensive peace agreement between Israel and the Arab world in exchange for a full Israeli withdrawal from lands captured in the 1967 Mideast War.

This initiative goes to the heart of infighting between Palestinian factions as the moderate Abbas has tried to form a national unity government with the radical Hamas to end the international isolation of the Palestinians.

Western countries have boycotted the Palestinian government, led by Hamas after its electoral win in January 2005, over the Islamist group's refusal to renounce violence and recognize Israel.

Abbas won agreement in February from Hamas top leader Khaled Mashaal to form a national unity agreement. But the two sides have been struggling over the finer details of the arrangement they came to in the Saudi holy city of Mecca.

On Friday, Abbas gave the Hamas prime minister, Ismael Haniyeh, two weeks to form the government. Selecting the interior minister has been a key sticking point.

Later this month, Saudi Arabia is to hold an Arab summit that is expected to try and relaunch a 2002 Saudi peace plan all Arab countries make peace with Israel in return for the lands Israel captured during the 1967 Mideast war.

Al-Zawahri appeared in more than a dozen recordings posted on the Internet and obtained by Arab satellite channels last year. This is his fifth recording this year.

In late 2005, just weeks before Hamas swept the polls in Palestinian legislative elections, al-Zawahri lashed out at Islamist groups for participating in electoral politics, saying that they will never win at the ballot box.

That recording came just after Egypt's Muslim Brotherhood organization made its best ever showing in parliamentary elections winning nearly a fifth of seats. His message appeared directed primarily at Hamas, which is an offshoot of the Egyptian Islamist group.