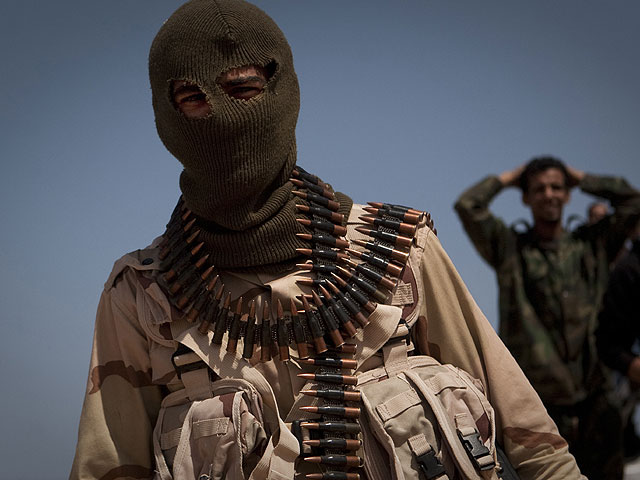 The roots of al Qaeda were famously planted in Afghanistan in the 1980s, fighting the Soviet Union. Many current al Qaeda fighters, including Osama bin Laden, were then mujaheddin rebels that benefited greatly from American arms and covert military training against a better-equipped fighting force.

Today, in Libya, a ragtag group of rebels fight a seesaw battle against Muammar Qaddafi's better-equipped forces, and a debate rages over whether to provide them arms and training.

However, whispers are growing that al Qaeda may already be among them, complicating the current debate over arming the rebels.

Former CIA officer Bruce Riedel took things a step further, telling the Hindustan Times: "There is no question that al Qaeda's Libyan franchise, Libyan Islamic Fighting Group, is a part of the opposition. It has always been Qaddafi's biggest enemy and its stronghold is Benghazi. What is unclear is how much of the opposition is al Qaeda/Libyan Islamic Fighting Group - 2 percent or 80 percent."

For al Qaeda, Libya may represent a rare opportunity and a blank slate, as uprisings in Egypt and Tunisia seem almost certain to result in democratic governments. An Afghan Taliban operative told The Daily Beast earlier this month that, for al Qaeda, the Libya rebellion "is the fresh breeze they've been waiting years for. They realize that if they don't use this opportunity, it could be the end of their chances to turn Libya toward a real Islamic state, as Afghanistan once was."

Arming Libya's rebels would be a tricky gamble

At the outset of tensions, Qaddafi blamed al Qaeda for the uprising, a charge which rebel leaders have repeatedly denied.

Regardless of Qaddafi's well-documented penchant for exaggeration and distortion, his message was heard and vetted by his Western opponents. In an interview with "Early Show" co-anchor Erica Hill in New York Tuesday, President Barack Obama conceded that, "Among all the people who (are) opposed (to) Qaddafi, there might not be elements that are unfriendly to the United States and our interests. ... And that's why I think it's important for us not to -- jump in with both feet" with all of them.

Following that interview, reports surfaced that Obama signed an executive order allowing the CIA to open contacts with rebels, so the extent of al Qaeda's role in the Libyan rebellion may be clarified soon.

As Mr. Obama has already authorized covert support for the rebels, that answer may still not come soon enough.