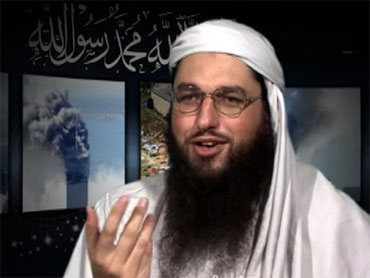 Al Qaeda's American-born spokesman has repeated the terror group's conditions for peace with America in a video released Sunday.

Adam Gadahn called on President Barack Obama to withdraw his troops from Iraq and Afghanistan, end support for Israel, stop intervening in the affairs of Muslims, and free Muslim prisoners.

In the second, 24-minute part of a video released in March and posted on militant websites Sunday, Gadahn said the Democrats' loss in January of the Massachusetts Senate seat underlined Mr. Obama's falling popularity.

In white robes and turban, Gadahn told Mr. Obama: "You're no longer the popular man you once were, a year ago or so."

Gadahn is wanted by the FBI since 2004, with a $1 million reward for information leading to his arrest or conviction.

He is also known as Azzam al-Amriki, Arabic for American.