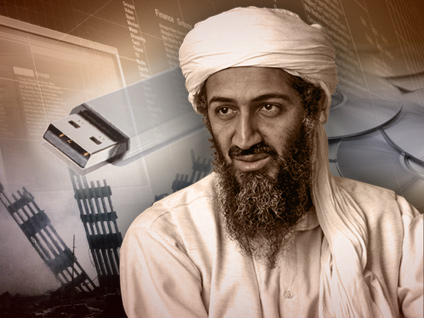 It added there was no specific or imminent threat and said officials didn't know whether al Qaeda had continued the plotting since last year.

In a confidential warning obtained by The Associated Press, the FBI and the Homeland Security Department said that al Qaeda sought information on the size and construction of oil tankers, and determined that blowing them up from the inside would be easiest due to the strength of their hulls. Al Qaeda recommended test runs of the plot.

"We are not aware of indications of any specific or imminent terrorist attack plotting against the oil and natural gas sector overseas or in the United States," DHS spokesman Matthew Chandler said in a statement Friday. "However, in 2010 there was continuing interest by members of al Qaeda in targeting oil tankers and commercial oil infrastructure at sea."

The government warning went to federal, state and local law enforcement and companies in the oil and gas industries. The Homeland Security Department said it was not raising the nation's terror alert level.

In 2007 the Japanese tanker the Golden Nori was hijacked carrying 40,000 tons of benzene. Initially, American intelligence agents worried terrorists from Somalia's Islamic extremist insurgency could be involved, and might try to crash the boat into an offshore oil platform or use it as a gigantic bomb in a Middle Eastern port. When the Japanese vessel was towed back into Somali waters and ransom demanded, the coalition was relieved to realize it was a pirate attack.