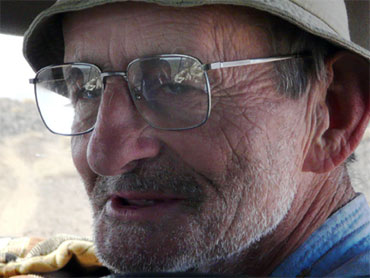 The French leader condemned the death of Michel Germaneau as "odious" and said the killers "will not go unpunished."

Sarkozy made the announcement after convening an urgent meeting of key ministers and military officials at the presidential Elysee Palace, a day after al Qaeda in the Islamic Maghreb announced Germaneau's execution and said Sarkozy had "opened the doors of hell."

Al Qaeda in the Islamic Maghreb, or North Africa, is an affiliate of the original al Qaeda group. It grew out of an Islamist insurgency movement in Algeria, formally merging with al Qaeda in 2006 and spreading through the Sahel region.

Amid increasing concerns about terrorism and trafficking in northwest Africa, four countries - Algeria, Mauritania, Mali and Niger - opened a joint military headquarters deep in the desert in April. The goal has been to establish a collective response to threats from traffickers and the al Qaeda offshoot.

The United States is also trying to help and has provided U.S.-run training sessions for African troops in the area.

"I condemn this barbaric act, this odious act against an innocent victim who spent his time helping the local populations," Sarkozy told reporters. He said Germaneau's captors had refused to procure needed medication for the hostage, who had had a heart condition.

The fate of Germaneau, who had formerly worked in the oil industry, illustrates the need to keep fighting terrorism, Sarkozy said.

The al Qaeda offshoot is currently holding two Spanish aid workers, Roque Pascual and Albert Vilalta, who were taken hostage in Mauritania in November. Spain refused immediate comment on the killing of the French man but said it would continue working to free the Spanish hostages.

The leader of al Qaeda's North African branch said in a message broadcast Sunday that the Frenchman was killed in retaliation for the deaths of six al Qaeda members in a military operation in the Sahara last week.

"As a quick response to the despicable French act, we confirm that we have killed hostage Germaneau in revenge for our six brothers who were killed in the treacherous operation," the group's leader, Abdelmalek Droukdel, said in the message broadcast on Al-Jazeera television.

"Sarkozy has (not only) failed to free his compatriot in this failed operation, but he opened the doors of hell for himself and his people," he added.

Sarkozy revealed France participated in the operation led by Mauritania against a base camp of the al Qaeda group in a last-ditch effort to free Germaneau.

"Convinced he was condemned to a certain death, we had the duty to make this effort to pull him free from his captors," Sarkozy said in his public address. "Unfortunately, Michel Germaneau wasn't there" and he was killed "in cold blood," Sarkozy said, without specifying when or where the killing occurred.

Defense Minister Herve Morin later suggested on France-Inter radio the operation took place in Mali after Mauritania learned that some 150 al Qaeda combatants were regrouping there ahead of an attack.

Germaneau was initially reported abducted April 22 in Niger, and officials later said he was taken to Mali. Sarkozy put the abduction date at April 20. European newspapers had reported the military raid took place last Thursday. The precise circumstances of the raid remain unclear.

Al Qaeda in the Islamic Maghreb had given France until Monday to help secure the release of its jailed members in the region, warning that Germaneau would be executed if Paris failed to comply.

However, Sarkozy said there had been no proof since May that Germaneau was alive and there had not been "the least beginning of dialogue with French or local authorities."

Sarkozy compared Germaneau's fate to that of British hostage Edwin Dyer, who was beheaded May 31. The two were among hostages of a half-dozen nationalities captured by al Qaeda's North African network. The group was formed from the remains of the Salafist Group for Call and Combat, one of several insurgency movements that waged a battle against the Algerian state since the early 1990s.

Before retiring, Germaneau worked in the Algerian oil sector. He later ran an aid group that worked in African countries called Enmilal. The association couldn't be immediately reached for comment on his death.

However, a neighbor in Marcoussis outside Paris, Danielle Gourmelin, said Germaneau was a modest man "with a big heart" who toyed with computers and had a house full of computer equipment. He was kidnapped barely 10 days after heading to southern Algeria.

French Foreign Minister Bernard Kouchner was leaving later Monday for three-nation visit to Mali, Mauritania and Niger to discuss security measures for French citizens in those regions. Sarkozy appealed to French citizens to "absolutely renounce" travel in the region, and the Foreign Ministry issued a travel warning for Mauritania, Algeria, Libya, Chad, Niger and Mali.