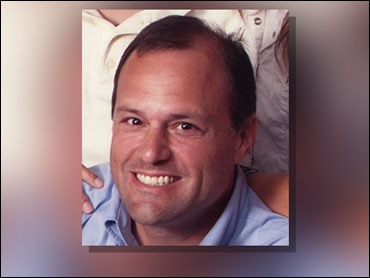 The Arab satellite TV station said it had received an audio statement from al Qaeda of the Islamic Maghreb in which the group said 39-year-old Christopher Ervin Leggett was killed Tuesday for allegedly trying to convert Muslims to Christianity.

"Two knights of the Islamic Maghreb succeeded Tuesday morning at 8 a.m. to kill the infidel American Christopher Leggett for his Christianizing activities," the group said.

The statement's authenticity could not be independently verified.

Mauritania's Interior Ministry said Thursday it was investigating the death and security forces were doing "all they can to catch the criminals."

Leggett was shot several times by at least two unidentified gunmen who rushed up to him on a Nouakchott street, witnesses said. An AP correspondent at the scene saw officials from the U.S. Embassy arrive as the body lay on the pavement. U.S. officials have so far declined to comment.

Leggett grew up in Cleveland, Tennessee, and taught at a center specializing in computer science and languages in El Kasr, a lower-class neighborhood in Nouakchott, according to his neighbors in the United States.

The Rev. Jim Gibson, co-pastor of First Baptist Church of Cleveland, said Leggett was a church member and attended on return trips, but worked independently in the African nation. Gibson said Leggett had lived for six years in Africa with his wife and four children.

Extremist violence in Mauritania, a moderate Muslim nation, has increased in recent years.

In 2007, a group of French picnickers was killed. The gunmen were believed to be linked to al Qaeda's North Africa branch and the incident prompted organizers of the famous Dakar Rally to cancel the trans-Sahara car race.