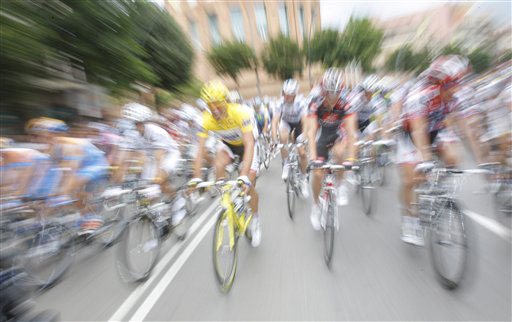 Two statements reportedly from al Qaeda spokesmen have been released in which they say Osama bin Laden's terrorist group is thriving and planning new attacks and assassinations.

"Al Qaeda will organize more attacks inside American territory and outside, at the moment we choose, at the place we choose and with the objectives that we want," al Qaeda's chief spokesman, Kuwaiti-born Sulaiman Abu Ghaith, was quoted by the Algerian daily El Youm on Tuesday as saying.

"Our military and intelligence networks are assessing and monitoring new U.S. targets that we will strike in a period of time which is not long," Abu Ghaith said.

In another purported al Qaeda statement, a Saudi-owned satellite television broadcast audiotaped comments by an al Qaeda spokesman, described as Abu Laith from Libya, saying the terror group is "preparing for a coming period ... of guerrilla war"

"We have started changing the war to attacks and assassinations and we have succeeded in that with God's help," Abu Laith said without elaborating in the interview, excerpts of which were broadcast by the Middle East Broadcast Corp, or MBC, during its midnight newscast.

Abu Laith also claimed in the statement that Osama bin Laden and Taliban leader Mullah Omar were alive and well but gave no clue as to their whereabouts.

"Bin Laden, may God keep him safe, Dr Ayman Zawahri and Sheikh Sulaiman bu Ghaith, all of them are in good health," he said.

"And we, the fighters of the holy war, in general are hoping to enter the next phase, which we in the military call the gang war phase," he said.

"We are attempting to expand the frontlines...it will be a war of, of killings, a war (against) businesses, which will hit the enemy where he does not expect," he said.

Laith, whose claim to be an al Qaeda spokesman could not be independently confirmed, said Mullah Omar, who as leader of Afghanistan's now ousted Taliban rulers provided shelter to bin Laden and al Qaeda, was "reorganizing his soldiers."

There was no way to verify the authenticity of either statements.

The editor in chief of El Youm, an Arabic language daily, said the interview it published was conducted on Sunday via two intermediaries.

Editor H'Mida Ayachi said El Youm formulated questions that were faxed to an intermediary. A second intermediary asked the questions. He would not say where the interview took place.

MBC Television said it received the Abu Laith tape from Al-Sahab Institution for Media Production, a group credited with earlier al Qaeda statements that appeared on Web sites and with the so-called farewell video of Ahmed Ibrahim A. Alhaznawi, a Sept. 11 hijacker.

MBC executives and employees were not immediately available for comment. It was unclear where or when the tape was made or how it was delivered to the station.

U.S. officials said two weeks ago that a recent audio recording by Abu Ghaith appeared to be legitimate. Government analysts matched the sound of his voice to previous recordings. In that message, released as an audio file on Islamic Web sites, Abu Ghaith said bin Laden was still alive.

The United States holds bin Laden and his al Qaeda network responsible for the Sept. 11 terror attacks. American-led forces launched retaliatory strikes on Afghanistan in October, where the Taliban had harbored al Qaeda.

Washington has said it doesn't know whether bin Laden or his deputies are alive or dead.

Abu Ghaith dismissed the U.S.-led strikes on Afghanistan to rout out al Qaeda.

"The American campaign (against it) is but a Hollywood script with its victims, thousands of innocent villagers, killed without having been implicated in the battle."

Citing it as propaganda, the CBS Evening News declined to air the video statement.

The statements coincide with evidence al Qaeda remains capable of planning attacks. Last month, Saudi Arabia announced it was holding 11 Saudis, an Iraqi and a Sudanese man belonging to a failed plot to shoot down a U.S. military plane taking off from a Saudi air base.

News of the Saudi arrests followed detentions in Morocco of three Saudis who were planning to attack U.S. and British warships in the Straits of Gibraltar.